In the January 2011 issue of Consumer Reports, the group provides a solid analysis of different mobile phones and wireless carriers. While most of the ratings are US-based, they did also compile a Canadian wireless carrier list.

The Consumer Reports ratings on the Canadian wireless carriers are based on 12,317 Canadian responses, which includes a combination of prepaid and postpaid customers. The rating categories are overall value, services such as voice, texting, data and consumer support such as phone, online, staff knowledge and issues resolved.

The results, marked out of 100 points, are seen below: 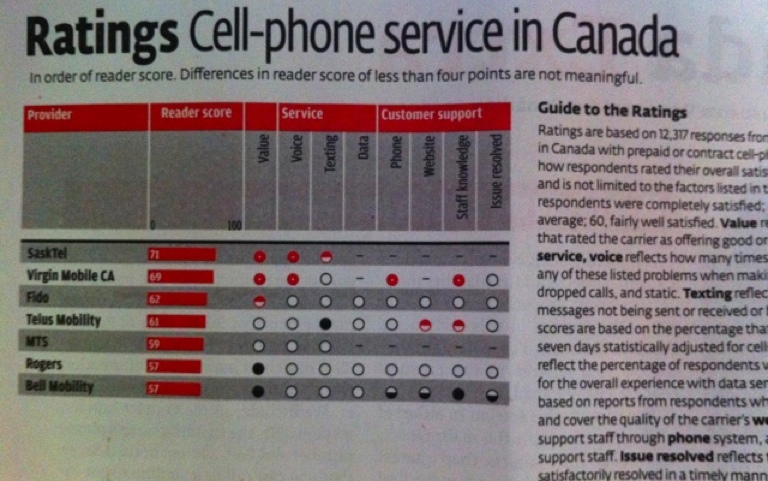 It is also note worthy to point out that none of the new entrants (WIND, Mobilicity, etc) are listed on the poll.

So what do you think of the results? Do you agree?