If you live in Eastern Canada, specifically in Nova Scotia, Ontario, New Brunswick, or Prince Edward Island, a Rogers dealer called “AML” has a good promotion for business customers.

If you are a current or prospective business client with Rogers and are looking to set up two new lines, AML is offering a $100 activation credit, no $35 activation fee, free 6PM early evenings, and discounted iPhone 4 hardware.

The iPhone 4 hardware, on a 3-year term, is discounted as follows:

The entire promotion is available only on a 3-year voice & data plan agreement through AML and expires on March 31, 2011. 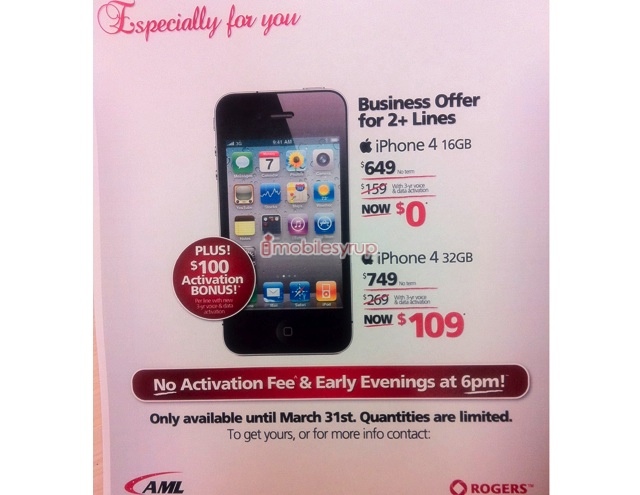