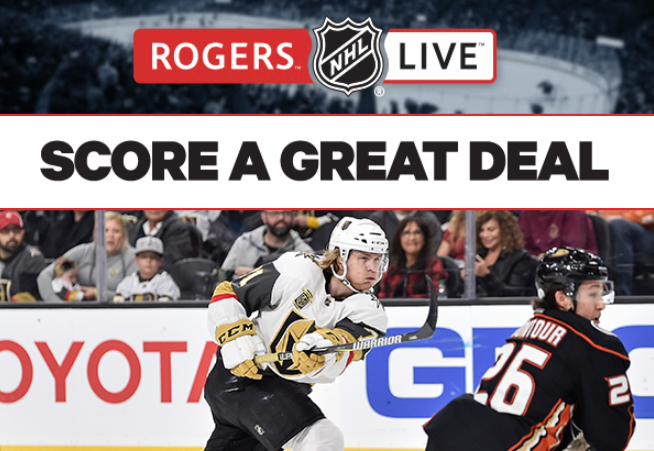 A Federal Court has awarded Rogers, Bell, and Québecor “unprecedented” power over Canadian internet service providers (ISPs) to salve the wounds the three broadcasters suffer every National Hockey League (NHL) season at the hands of pirates — reports the National Post.

To remedy the situation, federal judge William Pentney has granted them a “dynamic site blocking” order, giving the broadcasters the authority to force all major Canadian ISPs to block access to web pages hosting illegal NHL streams in real time and without requiring approval from a court or regulator.

The order is temporary. It will remain in force until the end of the current Stanley Cup playoffs, presumably by the end of June.

Last year, internet monitoring company Friend MTS discovered 53,433 “incidents” of unauthorized NHL game streams between January 30 and May 30 after being hired to look into the issue by Rogers.

Judge Pentney acknowledged in his ruling that the order is “unprecedented in Canada” and is rife with potential legal issues, especially pertaining to net neutrality and freedom of expression.

However, a previous “static” site blocking order granted to Bell to combat the same issue in 2019 proved ineffective. The broadcaster needed court approval to block a new website, and perpetrators would simply migrate their streams to a new site after one was blocked.

“Despite the steps they have taken thus far, the piracy continues and there are not any further remedies that are likely to be effective to stop it,” the ruling reads.

“The pirates have adopted new measures to avoid detection and defeat site blocking, including moving their infringing content from site to site on a regular basis. Court approval would be impossible prior to each new blocking step because these efforts need to happen in real time in order to be effective.”

Judge Pentney added that the dynamic site blocking order has multiple “restraints” built into it in order to limit any impact on freedom of expression.

We firmly stand against it. https://t.co/09PS8xbbdn

The measure will make it much, much harder for Canadians to watch unauthorized NHL streams online for free, but it will also dump more work onto Canadian ISPs.

Judge Pentney’s ruling notes that other ISPs, including Telus, Cogeco, TekSavvy, and Distribute, were either completely against the order or raised concerns regarding it, arguing it would “impose undue risks, practical difficulties and costs” on them.

Yesterday, Telus and Koodo announced they were waiving long distance and roaming charges to Turkey and Syria, following two devastating earthquakes affecting both countries. Today, Rogers/Fido and Bell/Virgin Plus followed suit, announcing they were waiving long distance calls and texts sent from Canada to Turkey and Syria. But these two carriers will not be waiving […]
Gary Ng
11 hours ago