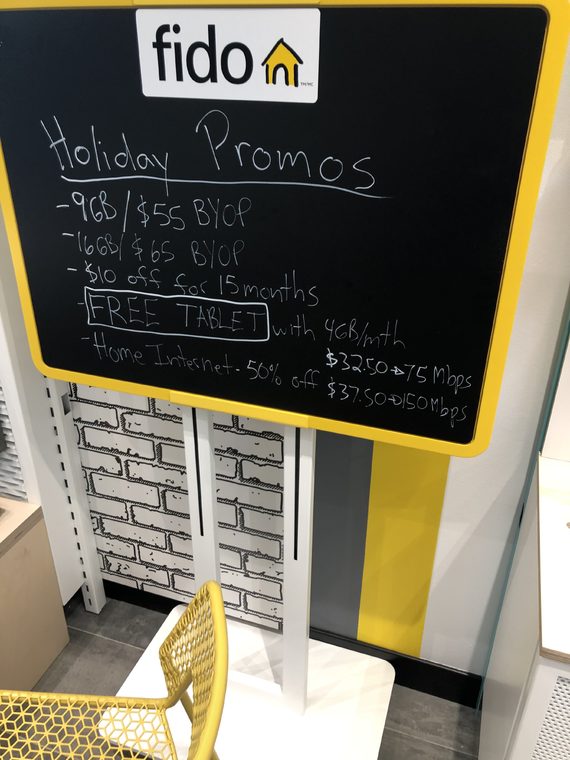 After learning about Virgin Mobile offering a $55/16GB plan in Ottawa, Ontario, it appears rival Fido is also matching this offer as well.

According to RFD, the following deals were available at the Fido store on Bank Street in downtown Ottawa:

One deal available was a $0 iPhone XR for new accounts, available on a $40/4GB plan ($40/1GB + 3GB data bonus) after the $10 off for 15 months was applied. The RFD user said Fido only offered the $10 off for 15 months if a $9/month device protection plan was subscribed to (which can be removed after 3 months). Activation fees were also to be credited on second and third bills.