Fido looks to be targeting some prepaid customers with exclusive $40/4GB plans if they switch their accounts over to a monthly plan.

As received by iPhone in Canada reader Larry, the following offer via email states users can get “4GB data for $40 per month when you switch to a plan with a monthly bill.” 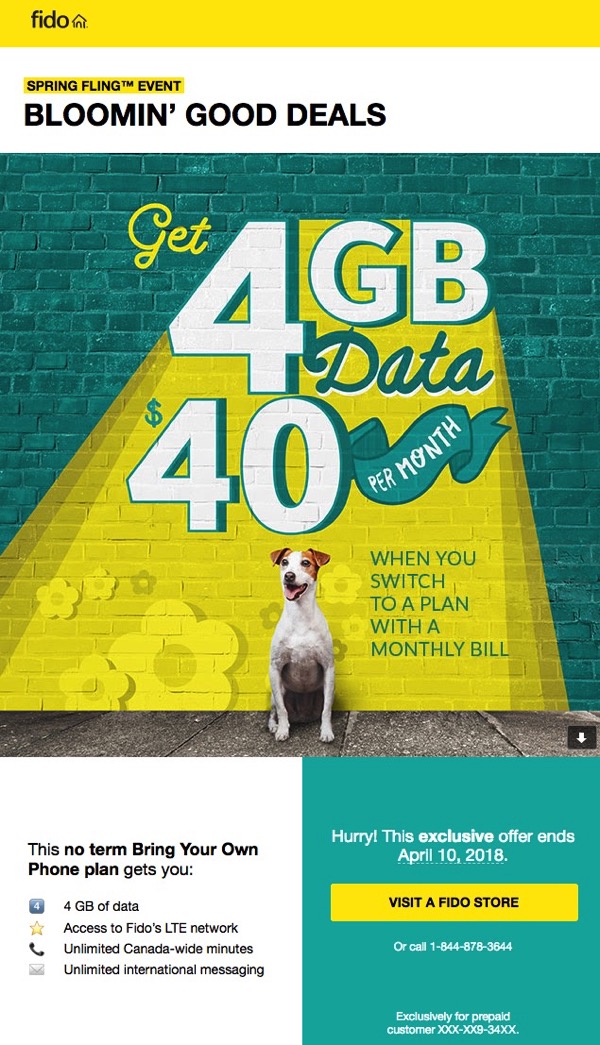 This no-term plan offers unlimited Canada-wide minutes and unlimited international SMS/MMS. The targeted offer states a deadline of April 10, 2018 and also details it’s exclusively for the line of the recipient of the email.

According to Larry, this Fido offer was sent to his second Fido line, which he uses occasionally on a prepaid plan. He says when he does use it, all he does is top up with $10.

Unfortunately there is no way for this offer to applied to Larry’s main line, which is already on a postpaid account. But the offer by Fido to switch prepaid customers over to postpaid reminds us of Telus-owned Public Mobile’s recent offers to some customers to switch over to $40/6GB plans with Koodo.

Anyone else out there get this offer from Fido?