Fido has launched a new $40/month Standard Plan with the following: 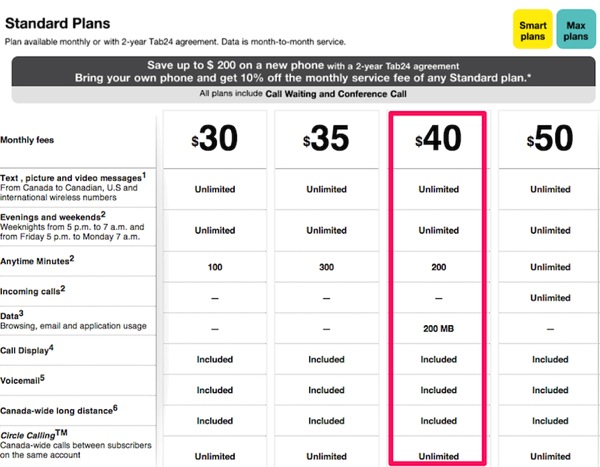 Fido introduced a similar plan back in February of this year as a “promo” but it only had 200 daytime minutes. If you’re a super light data user, this might be up your alley. Let us know if you’re going to jump on this.