Some Fido dealers have launched a $50 promo plan with 4GB of data, that comes with unlimited Canada-wide calling, plus 1000 bonus international minutes, and usual extras like call waiting, caller ID, etc. 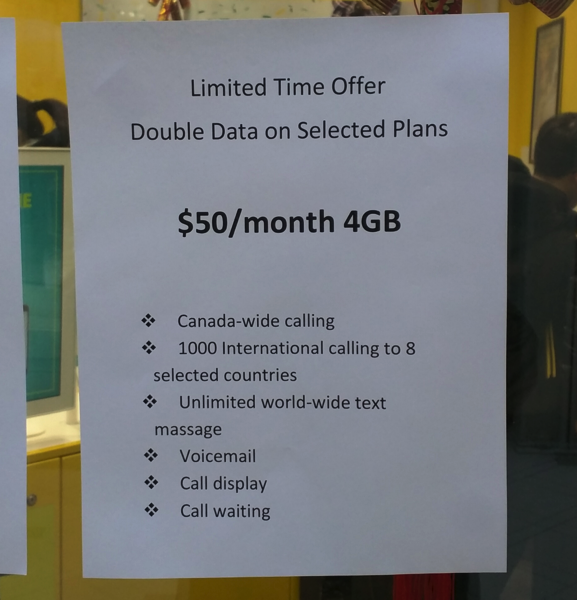 Not sure where to get my unlimited worldwide text ‘massage’

The plan was spotted at Pacific Mall in Markham (GTA), while others have stated Markville Mall’s Fido dealer is also promoting this plan.

This plan normally costs $50 per month with 1GB of data.

Others in the RFD thread have stated Koodo Mobile and Virgin are also offering this plan, but that is unconfirmed at this point. It’s your best bet to call a local dealer and find out what they’re offering in-store.

Let us know where you spot this $50/4GB plan and if you’re able to sign up.