Fido Offering $51/10GB BYOD Plan to Some Customers in Quebec 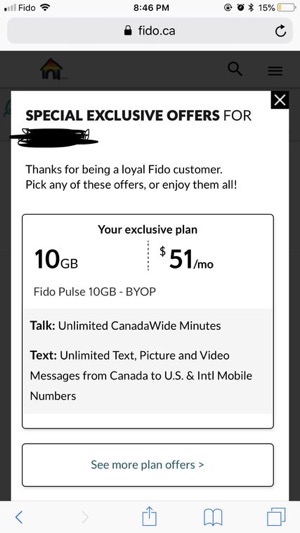 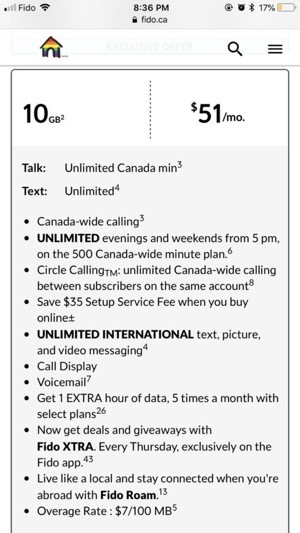 Fido customers in Quebec may want to login to their online accounts and check to see if there are any offers available, because some are seeing a $51/10GB BYOD plan.

This plan includes unlimited Canada-wide minutes and global texting, to go with the usual extras like call display, voicemail, etc. Data overages are billed at $7/100MB, or $70/1GB.

With regional carrier Videotron in Quebec, the extra competition forces the Big 3 to offer lower pricing versus other parts of Canada, such as B.C., Alberta or Ontario.

Last month, Fido offered a $50/10GB BYOD plan to some customers, seen as a response to Virgin Mobile’s $56/10GB BYOD plan offering. This Quebec plan from Fido looks to counter the Virgin plan by offering a $5 per month discount.

Rogers, Telus and Bell currently all offer ‘no overage’ data plans marketed as unlimited, starting at $75 per month for 10GB. After initial data amounts are used, speeds are throttled.

Again, this $51/10GB offer doesn’t appear to be available for everyone, but if you’re a Fido customer in Quebec, it’s worth logging into your account and seeing if it’s available.