Fido has launched a new ‘limited time offer’ for customers in Manitoba, a $60 per month Smart Plan with  “increased data bucket tailored to regional needs” according to the internal doc we received. Here’s what’s included: 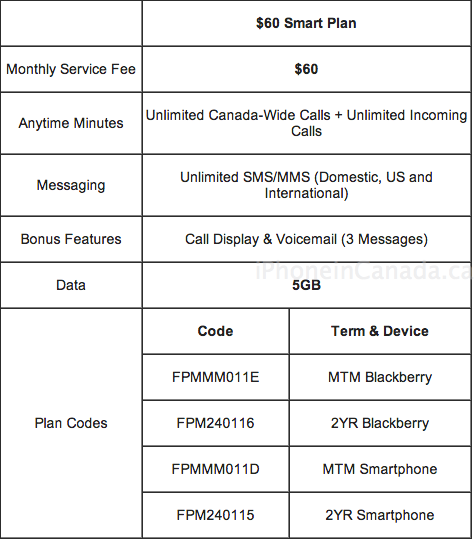 The offer is available on month-to-month plans and two year terms only, available to new or existing customers. There will be no activation fees charged but administration fees will apply on termed renewals with hardware. This plan sounds like the former $56 plan but with a much larger data bucket.

If you’re in Manitoba, let us know if you’re going to jump on this plan. It sounds pretty decent. The Rogers/Fido LTE network will soon launch this year in Manitoba.

Update June 5: There is also a $45 Smart Plan. Both of these plans are available in Manitoba and Saskatchewan: