Back in March, Rogers and Fido were calling former customers to offer them special plans to win back their business, enticing some with a $0 up front iPhone 8 on contract.

Fast forward to late May, and it appears Fido is again trying to do the same, calling former customers with plans to win them back, according to some users on RFD. 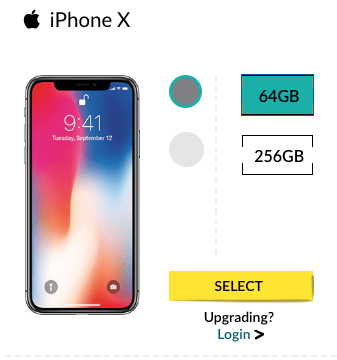 One forum user who moved to Videotron from Fido a few months ago, noted the wireless carrier called today and offered the following:

Others noted similar offers as above, but with a 6GB data plan (3GB + 3GB bonus) for $45 per month and on BYOD, but not with unlimited Canada-wide calling.

Other forum members who received similar calls from Fido mentioned the $60/5GB plan and iPhone X for $160, while claiming some friends getting offers of a $0 up front iPhone X.

Another user who asked to cancel his lines with Fido says he was offered a $80 per month Extra Large plan with 5GB data for 24 months, plus a $500 credit for any device of their choosing.

Earlier this week, we noted Fido was offering some customers a 3GB data bonus on their $60/10GB holiday plans.

Again, let us know if you’re receiving calls with any similar offers. It’s all about retaining and gaining back customers and it appears Rogers has allocated money to spend to do this.