The Rogers and Fido network appears to be suffering from a network outage for some users, with many unable to receive incoming calls or text messages.

Hey everyone! Looks like some of us are unable to place certain calls, we're working on getting this fixed asap. ^mpr

While the issues appears to be resolved for some, it’s still an ongoing issue for many frustrated customers:

@FidoSolutions @OlivierCote it's been 10 hours your customers haven't been able to receive incoming calls!! Wake up!

Below is an outage map from Canadian Outages, which shows many are experiencing issues in BC, Ontario and Quebec. 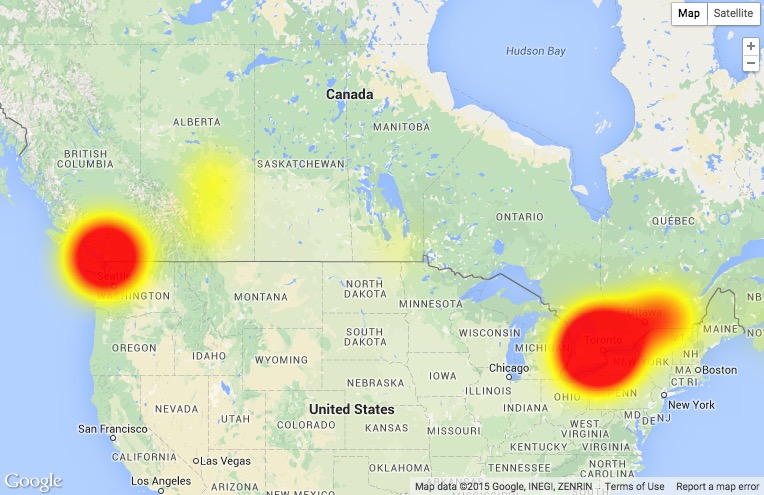 Back in October 2013, the Rogers/Fido network suffered a major outage, and the next day customers received one day of service credit for the inconvenience.

Are you able to receive calls and text messages on Rogers and Fido right now?