Fido Offering iPhone 12 mini Deals with $0 Down Through Financing 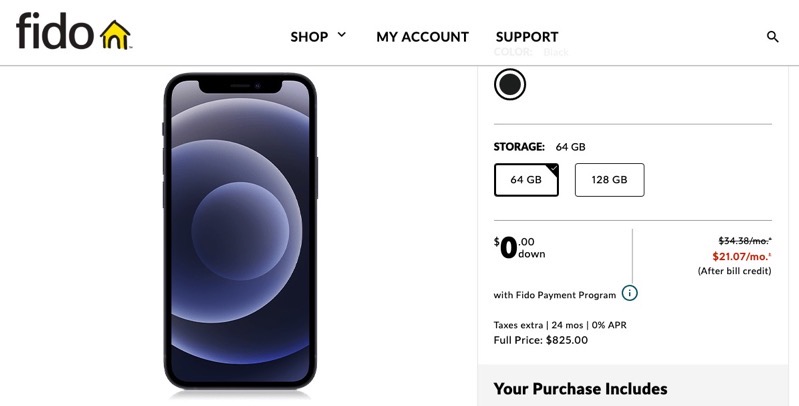 Rogers-owned Fido has slashed the price of Apple’s iPhone 12 mini, as the official launch of iPhone 13 and iPhone 13 Pro nears this Friday.

Right now, the Fido website is showing financing deals with $0 down for the iPhone 12 mini that launched one year ago.

You essentially pay a minimum monthly plan and then the monthly financing charge for 24 months on contract.

Fido requires you to have a minimum $45/month plan, with the latter currently included with only 4GB of data though.

Last year, when iPhone 12 mini launched, it cost the following below from Apple.ca:

If you’re able to get these special offers in your account, it can result in a decent deal for the iPhone 12 mini that’s just a year old.