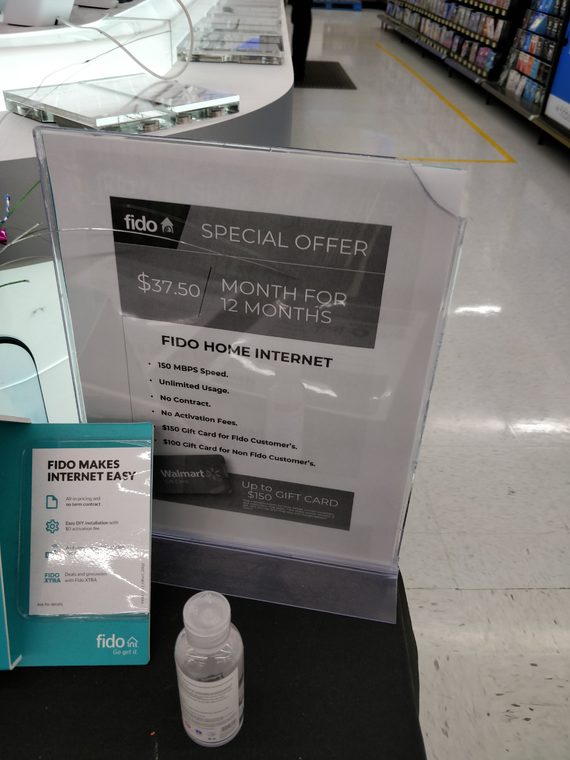 Fido has launched a ‘special offer’ for internet, offering its 150 Mbps plan for $37.50 per month for 12 months, available at Walmart’s wireless booth. Normally, this plan is priced at $75/month so the promo price is 50% off.

The Fido 150 Mbps internet plan offers unlimited data and has no contract or activation fee, with download speeds up to 150 Mbps and upload of up to 15 Mbps.

According to RFD, the Walmart gift card will arrive via email after four weeks. Also, if you decline the promo plan in store, Walmart associates have the power to offer you a $25 gift card on the spot to get you to sign up.

Some RFDers also mentioned they have still yet to receive a gift card promo from Fido’s previous internet offer and many have filed complaints with the CCTS.

If you have Rogers internet available in your area, you can get Fido internet as it is based on the footprint of its parent company.