The wireless promos keep coming, and this time a targeted promo is hitting existing Fido customers in Quebec.

According to the screenshot below, it appears these promo plans are targeting users on Fido’s older $34/2GB plan from 2015: 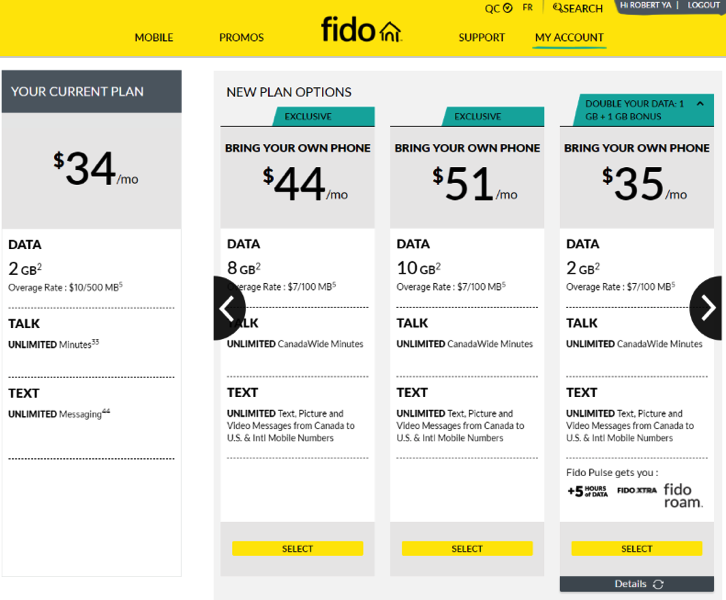 Some RFD users noted they were able to speak with Fido online chat and acquire the $44/8GB plan, which essentially is the existing $49/8GB promo, but with a $5 per month discount for 12 months.

Again, if you’re in Quebec, it may be worth logging into your Fido My Account to see if these plans are available for you.

[caption id="attachment_382081" align="aligncenter" width="1000"] Image: Bell[/caption] As Hurricane Fiona makes landfall in Atlantic Canada, telecommunications services are more instrumental than ever in ensuring that Canadians can stay connected with their loved ones and emergency services. To that end, Industry Minister François-Philippe Champagne is organizing telecom operators in the impacted areas to "ensure their services are...
Nehal Malik
3 hours ago