If you’re a Fido customer on a bring your own device (BYOD) plan, you may want to try calling in to get a better plan, as some are getting a $70/15GB plan.

According to RFD, one user currently on a BYOD plan with Fido called in to ask about promos and was offered a $70/15GB plan with unlimited nationwide talk and global text. The plan has call display and call forwarding (which now appears to be billed at 20 cents/minute?). 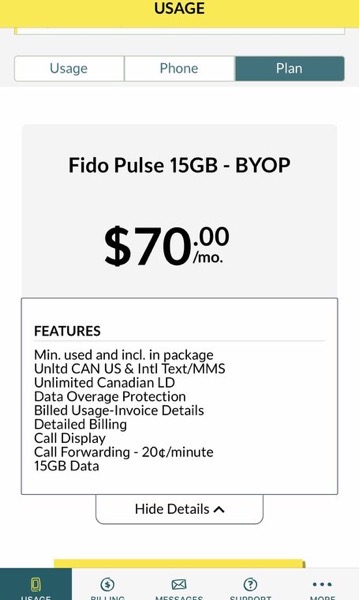 This $70/15GB price could be better, as it doesn’t beat the targeted $60/15GB plan being offered by Koodo earlier this year or the $60/15GB loyalty plan Rogers and Fido were offering in September.

Fido also is offering some customers an $80/15GB plan on Large tab, seeing a discount of $15 per month plus an extra 5GB of data. This plan could be applied to an iPhone 11 or iPhone 11 Pro.

If we’re comparing prices, this plan doesn’t hold weight to the current $50/15GB ‘winback’ offer Fido is offering to its old customers.

Let us know if Fido offers you the $70/15GB BYOD plan as mentioned above. With the holiday shopping season just around the corner, we may see even lower plans coming our way. If you’re a BYOD customer, that means you can just jump ship to the best deal when they pop up.

OpenMedia is calling on Innovation, Science, and Industry (ISED) Minister François-Philippe Champagne to take immediate steps to halt the rapid decline of Internet competition in Canada, with the non-profit saying "Internet choice and affordability in Canada approaches breaking point." Even though the federal government announced a new telecommunications policy direction for the CRTC in May, competition...
Usman Qureshi
5 hours ago