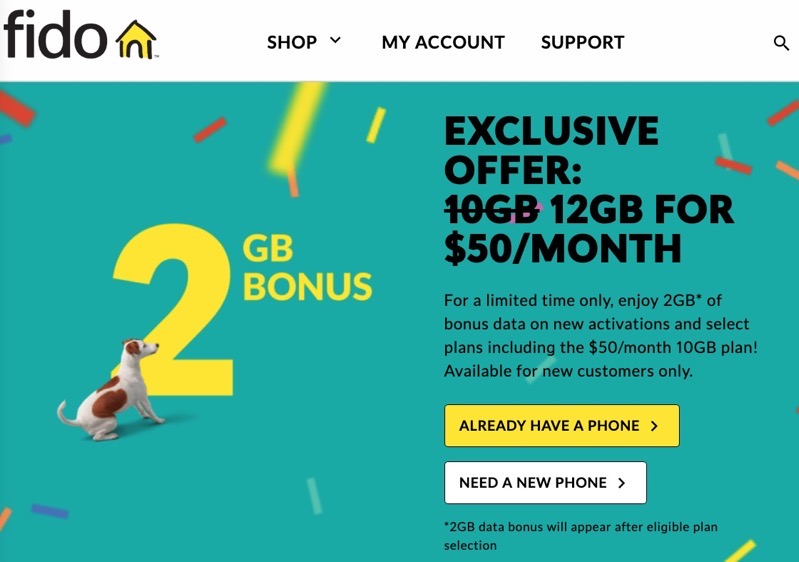 Fido is currently offering a 2GB online data bonus for its bring your own device plans, for new customers activating via the company’s website.

When you visit fido.ca/promotions/special-offers, you’ll see the current $50/10GB plan showing as $50/12GB, after a 2GB data bonus has been applied.

The 2GB data bonus applies for all plans, resulting in the following monthly plans:

Once you add your plan to your cart, you’ll then see a pop-up that says this 2GB data bonus is an “online exclusive”. Fido says “it’s a limited-time offer and may not be available later on, so take advantage.”

If you’re looking for a new phone plan, $50 for 12GB of LTE data is not bad, for a bring your own device plan.

Yesterday, Telus and Koodo announced they were waiving long distance and roaming charges to Turkey and Syria, following two devastating earthquakes affecting both countries. Today, Rogers/Fido and Bell/Virgin Plus followed suit, announcing they were waiving long distance calls and texts sent from Canada to Turkey and Syria. But these two carriers will not be waiving […]
Gary Ng
14 hours ago