Fido has launched a new promo for customers in Manitoba and Saskatchewan. Smart Plans have been updated and are now $5 cheaper and have more data. All plans have unlimited SMS/MMS, caller ID, voicemail and Canada-wide calling. Below are the differences (aside from the data overage pricing): 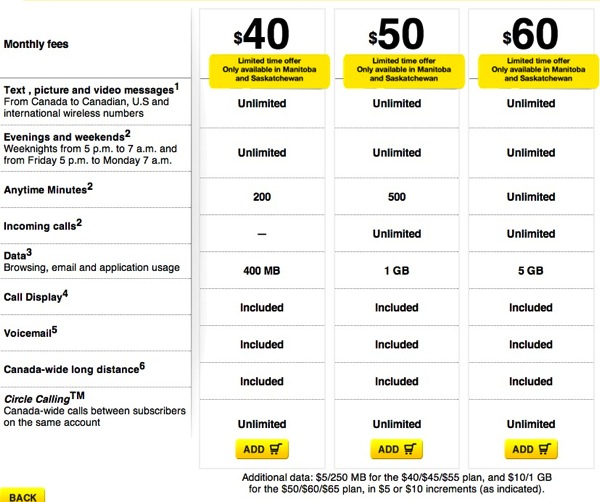 For Fido users outside of Manitoba and Saskatchewan, the prices are normally $5 more and data amounts at 200MB, 500MB and 1GB. The plans are seen to match regional offers from MTS and SaskTel. If you’re on Fido on an old plan, make sure you call in to get the switch to these new plans. Fido doesn’t state when these will expire but they are “limited time offers.”

The tough decision remains: should I move to Manitoba, Saskatchewan or Quebec to get the best monthly plan?