The release of iOS 9 back in September introduced Wi-Fi Calling for Rogers and Fido users, a feature which allows those in low coverage areas to make and receive calls and texts when connected to a Wi-Fi network.

Today Fido sent out a text message to customers to share a tip for those using Wi-Fi Calling on the iPhone and how they can now switch back seamlessly to the Fido network.

How? The instructions are to “toggle your Wi-Fi Calling button to off and then back on” in Settings. 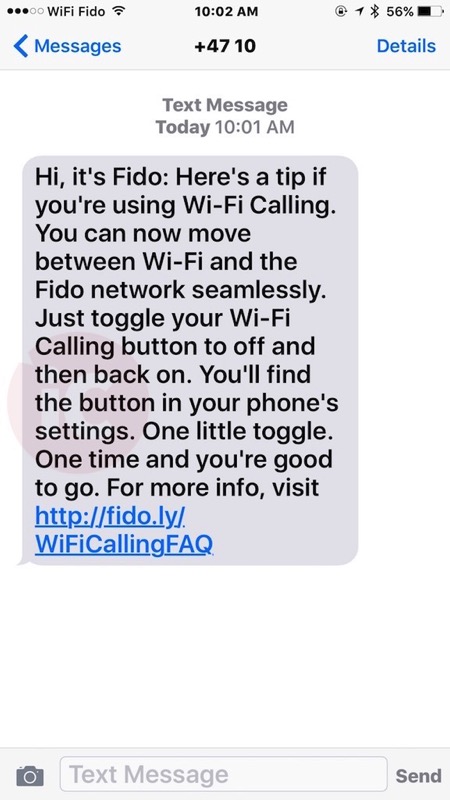 Users can access Wi-Fi calling on their iPhone by going to Settings > Phone > Wi-Fi Calling, as seen below: 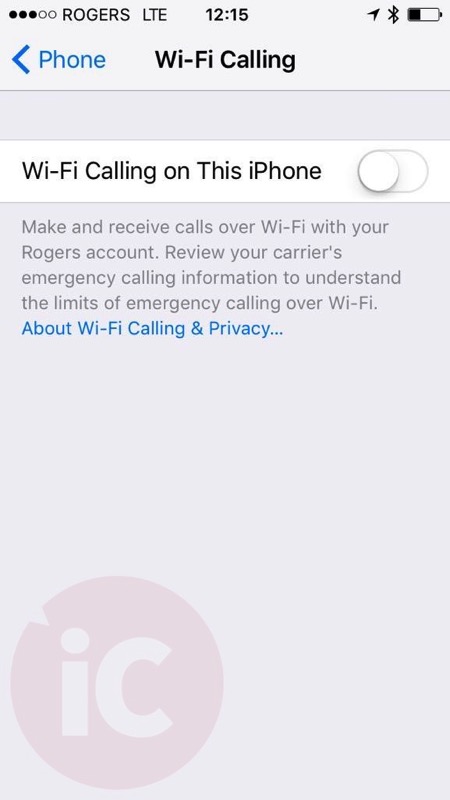 Rogers recently launched VoLTE for iPhone 6s and iPhone 6s Plus customers, which allows simultaneous voice and data over LTE networks, a feature the company also relayed would allow their customers to “move seamlessly between a Wi-Fi connection and the Rogers/Fido LTE network.”

As for other carriers, Bell supports Wi-Fi Calling on the iPhone 6s and iPhone 6s Plus only, while TELUS does not offer the feature at this time.

Have you been using Wi-Fi Calling on Rogers, Fido, Bell or Virgin?