If you’re a Fido customer, the company’s XTRA rewards program has offered up its latest freebie this week, and it’s a cup of coffee or tea from Second Cup Coffee Co.

Treat yourself to a FREE medium brewed coffee or tea from Second Cup. Exclusively available for Fido EXTRA users! 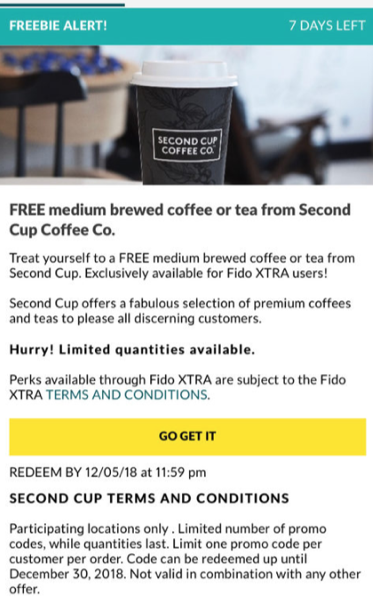 The promo is available at participating Second Cup locations, while quantities last. The redemption for this promo expires on December 5, 2018 at 11:59 PM.

The Fido XTRA program–which debuted back in March–is available to Fido wireless and internet customers, via the Fido My Account iOS app.