You can now pre-order both the Wi-Fi and the 3G version of the iPad in Canada at Apple.ca

The cheapest plan is exactly the same as the plan offered by AT&T in the U.S, the $35.00 plan is not only $5.00 more but it’s limited to 5 gigs compared to unlimited in the U.S. The option to add the iPad to an existing data plan is unique to Rogers (at this point).

The pricing of the data plans are much closer to the U.S than most people probably expected, it’s a little disappointing that there isn’t an unlimited option. The option to add an iPad to an existing data plan is great but the price is a too high. Rogers has lowered their prices in the past before launch, so we’ll have to wait and see if that happens again.

So now that the iPad date is set and the data options are available, are you going to buy one? If so, which model and why? 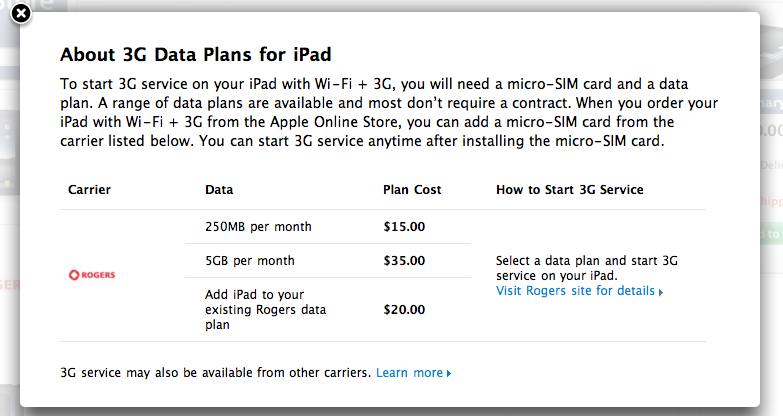 Join the latest Rogers iPad discussion over at iPadinCanada.ca!