Get ready Ottawa, you will be the first to bask in the goodness that is 4G a.k.a. Long Term Evolution (LTE). We brought you news that Rogers would be launching their LTE network in Vancouver, Ottawa, Montreal and Toronto and we are getting closer to a launch date.

We’ve talked about LTE before but here’s a quick recap:

LTE is a next generation technology that will enable unparalleled connectivity, giving customers a mobile broadband experience similar to what they currently experience at home and at work.

Rogers customers will experience speeds that are between three and four times faster than HSPA+ with peak download rates of up to 150 Megabits per second (Mbps) and upload speeds of up to 70 Mbps.

After testing LTE in Ottawa for a while, Rogers is now taking reservations for their LTE Rocket stick. To do this, 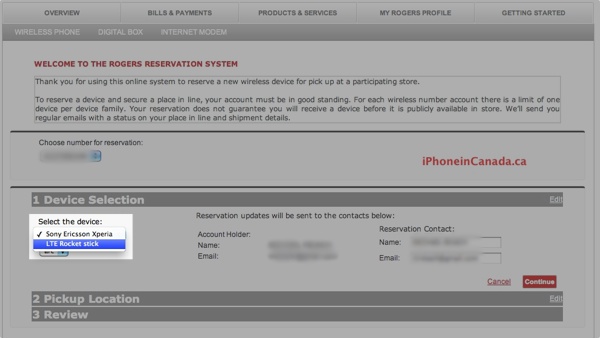 This is only for Rogers customers (sorry Fido users) and new LTE-ready SIM cards will be shipped along with the LTE Rocket sticks. The stick will cost you $79.99 with a 3-year hardware discount agreement, or $169.99 with no term. Unfortunately there are no details yet on plans and they are staying a tight-lipped about which devices will be available through Rogers for the LTE network but the new iPhone might not be an option.

Have you been waiting for LTE and don’t live in one of the areas that Rogers plans to launch it, visit this website and let Rogers know you want LTE.

So Ottawa, you excited?