Reminder: Rogers/Fido To Increase Text Message Rate To $0.20 Per Message

Just a reminder from a report back in January 2011 that as of March 16, 2011, that’s in two days, Rogers/Fido will be increasing the per-message text message rate and all non-premium message rate to $0.20 from $0.15 per sent and received message.

Texts sent above the allotment included in a text plan or add-on will also be charged at the rate of 20Â¢. Please note that text plans and add-ons, including Value Packs will continue to include unlimited received texts at no charge.

Customers can save up to 61% and enjoy UNLIMITED received text messages1 when they subscribe to a text plan, add-on or Value Pack with a messaging bucket. If you already have a text plan/ messaging add-on, you will continue to receive texts at no charge as you do today.

This rate change will apply to the following customers:

As indicated, if you are in any kind of text messaging plan, you have nothing to worry about. But for anyone paying per-message right now, the rate is changing for the worse.

So if you don’t already have a text messaging plan, but do send/receive a few messages a month, maybe check out the Rogers text messaging add-ons so you are not paying additional fees. 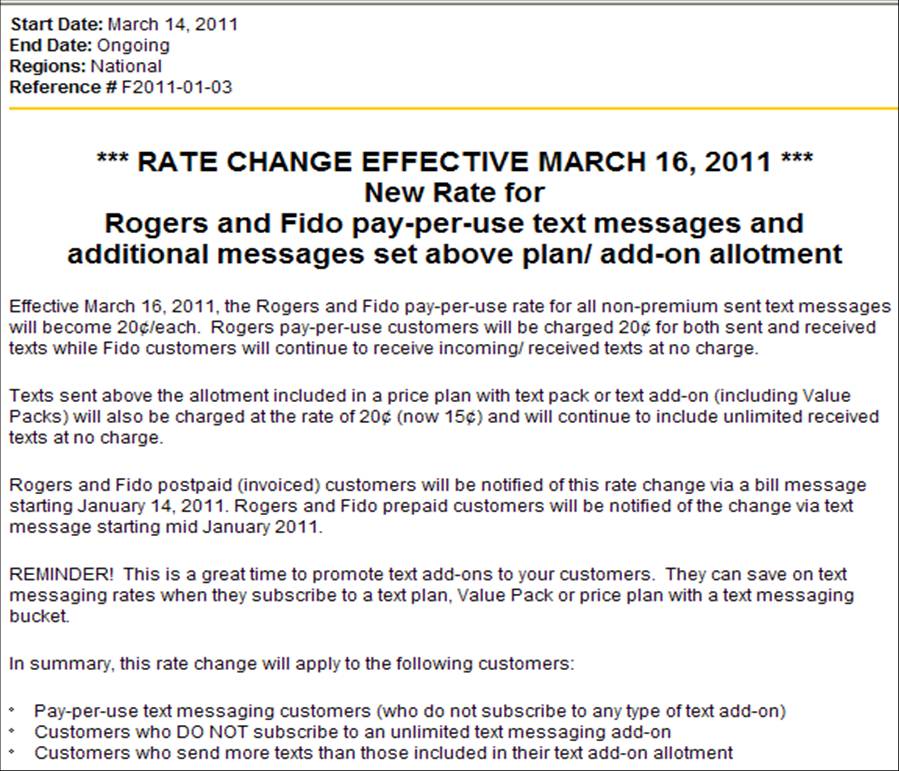