Rogers yesterday announced new gigabit Internet, plus other 4K TV announcements. Also new yesterday was the addition of 30GB and 60GB Share Everything Plan options, priced at $225 and $375 respectively per month (Smart Tab on 2-year contract plus Canada-wide calling). BYOD customers can save $20 per month, while local calling can save an addition $5 per month on the voice portion. 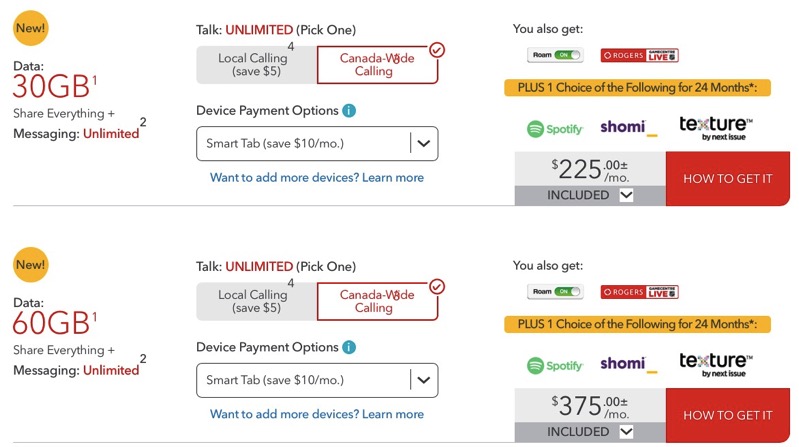 At the beginning of this month, Rogers debuted Share Everything+ plans, which offered included Spotify, shomi or Texture (formerly Next Issue) perks. At the time, the 30GB data option was eliminated and the highest data option was 15GB.

These new 30GB and 60GB options allows heavy data users to share more data amongst family members (up to 10 total devices) at a better dollar per gigabyte ratio ($5.41/GB) compared to previous options and versus competitors.

Again, if you need all of this data and have multiple devices and family members, these are ones to consider. Then you can brag to friends you spend $375 per month on your cellphone plan that has 60GB of data.