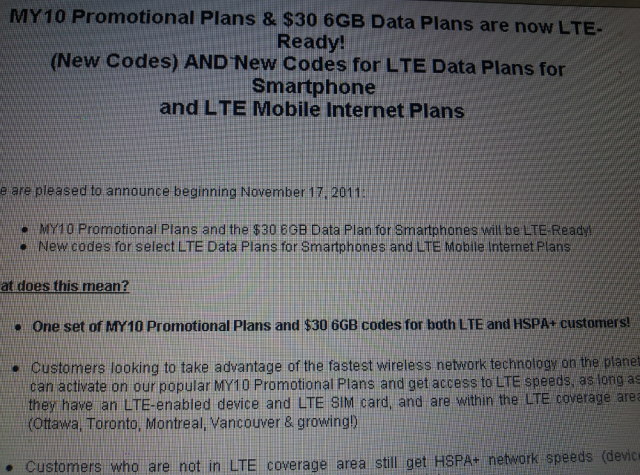 Looks like once again Rogers has reintroduced its 6GB data plan promo (how long until Telus and Bell follow suit?). This time around, the $30 plan is being ‘extended’ to early LTE adopters, along with new and existing customers.

A LTE-capable iPhone isn’t here yet (apparently due to LTE modem size constraints) but rumoured to be released in mid-2012. If you want to prepare for the future, consider this plan.

So far, Rogers and Bell have their LTE networks up and running in select cities, with Telus soon to follow in 2012.