A new Rogers promo which takes place this weekend from Nov. 22-24 will give you two free Toronto Maple Leafs tickets if you activate any smartphone on a two-year term. The promo is only valid in Ontario and users must bring in the following invitation: 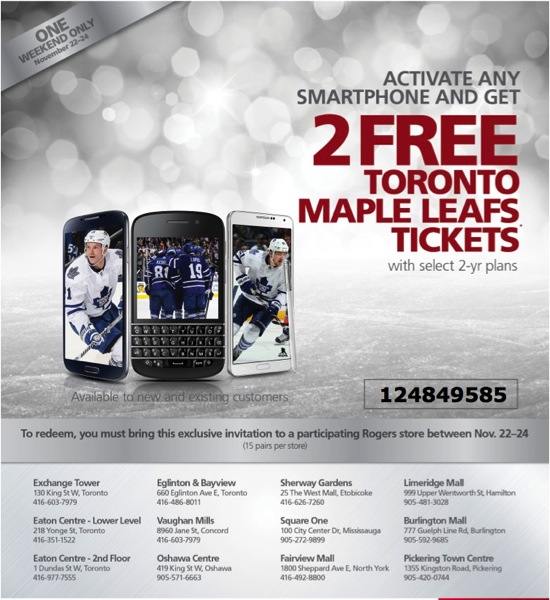 The fine print reads there are only 15 pairs of tickets per store, which are in the ‘Gondola Section’ and includes food and non-alcoholic beverages, valued at $500 per pair. Users need to submit their ticket requests by December 15 online.

The offer is available to new and existing customers and a $15 Connection Fee applies on your first bill. There is a minimum of a $45 per month plan required.

Rogers's claims that the company overpaid property taxes on its fibre-optic cables for the 2021 tax year by $2.2 million because of a B.C. Assessment error have been rejected by a B.C. judge — reports CTV News. The telecom giant was seeking an order of "mandamus," a legal term for a ruling that would require...
Nehal Malik
6 hours ago