As the Canadian wireless carriers begin to rebrand their existing 3G networks to “4G”, Rogers, being the last carrier to do a rebranding, has now changed the marketing of its “3G HSPA+” network to “4G HSPA+”.

According to an internal Rogers posting, the company states that “the Rogers network is not changing. Only the terminology is changing”. In other words, the network will not get faster, despite the use of a network classification that implies faster speeds. 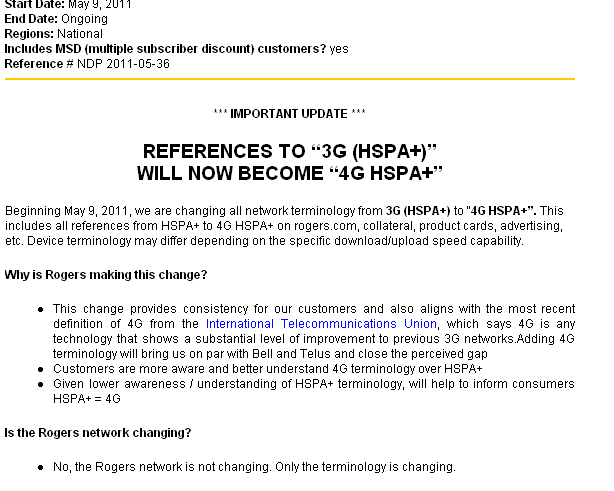 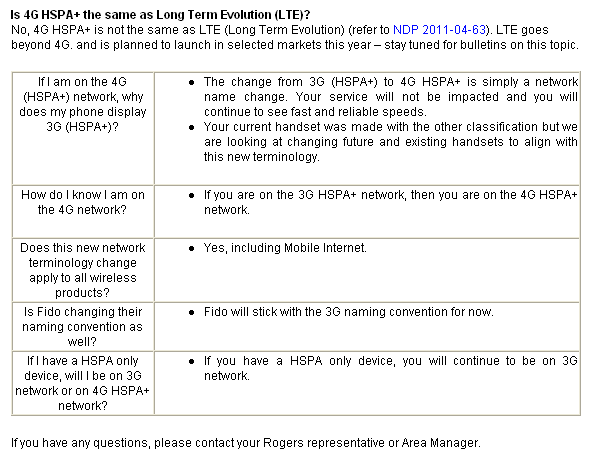