Yesterday Bell announced they are going to be the exclusive carrier of the new Palm Pre. Well, it looks like Rogers countered that by announced yesterday that two Android handsets will be introduced to Canadians on June 2nd!

Canada’s Android Wait is Finally Over

Canada has been waiting to get a taste of Google’s Android OS, and now we will with two HTC handsets. The HTC Dream (known as the T-Mobile G1) and HTC Magic are coming to a Rogers store near you.

From the Rogers press release:

“Who else but Rogers would be the first carrier to offer Canadians the first chance to join the mobile revolution with a choice of not one, but two, handsets powered by the Android platform?”, said John Boynton, Senior Vice President and Chief Marketing Officer, Rogers Wireless. 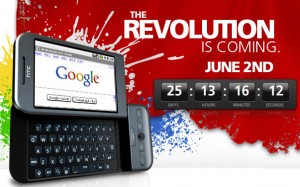 What are the differences? In a nutshell, the HTC Dream has a physical slide out keyboard while the HTC Magic is fully touchscreen. While I have yet to try the Android OS, what I do like about it is that it’s fully Open Source.

Are these the next “iPhone-killers?”: 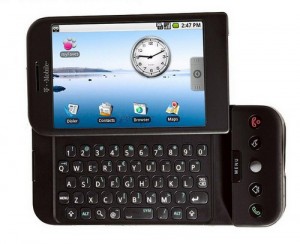 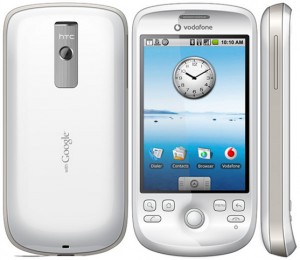 Even with these Pre and Android announcements, I still favour my iPhone 3G. Android handsets produced so far are not esthetically pleasing, and I just can’t see the Pre offering the long term support and commitment that Apple provides.

Don’t Worry, Rogers Has your Wallet in Sight

Rogers was pretty mum on releasing any Android pricing and subscription details. I can guarantee the phone will be offered at a subsidized price, along with the popular three year contract.

As for data plans, if the $25 for 500MB data is still around I would jump on that. Aren’t you glad you got the 6GB for $30 data plan while it was offered?

Will Android Take On the iPhone?

Although Android handsets have been out for a while now in the USA, they have yet to take off and capture a significant market share, compared to the iPhone. As I mentioned in my post about the Pre launch, we can once again look forward to more competition, which will keep Apple in check.

I do have a feeling Apple is still holding back on iPhone OS 3.0 as there are probably still features yet to be announced. Coupled with the fact that a new iPhone is rumored to launch (Steve Jobs will return and announce the new iPhone, I had a dream last night about it!), we can expect a crazy June coming our way.

Canadians are usually the last ones to get the latest items (does Skype for the iPhone ring a bell?). We usually have to wait years to get the newest toys, clothes, gadgets, and cars. Well, with the HTC Magic, Rogers could potentially get the phone before the US release! How about that?

So in Canada this summer, we will have Pre, Android, and iPhone (OS 3.0 and a rumored new handset). You now have choices…which one still interests you the most?

Rogers’ proposed $26 billion takeover of Shaw Communications, if successful, could deliver a $216 million payday to 12 hedge funds that bet on it — reports Reuters. The controversial and heavily contested merger has a January 31 deadline. With the Federal Court of Appeal rejecting the Competition Bureau’s appeal of the merger on Tuesday, Rogers and...
Nehal Malik
22 hours ago