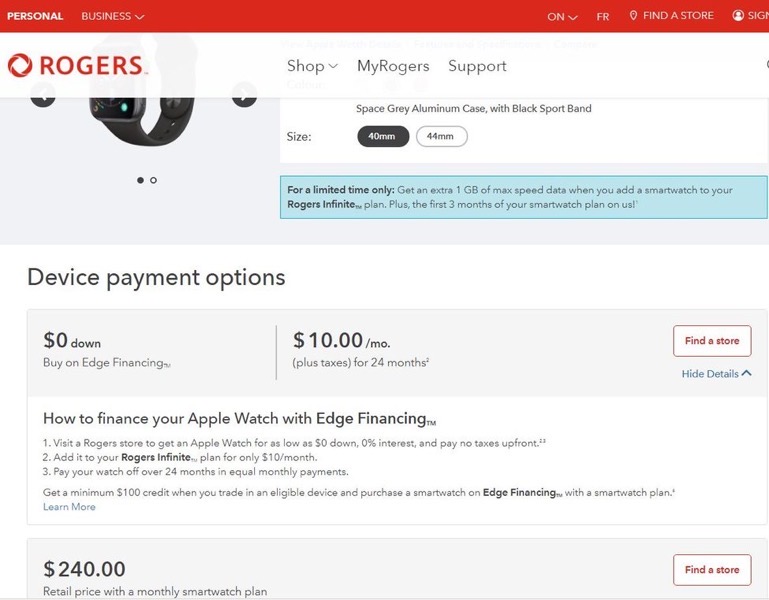 The prices for a cellular Apple Watch Series 4 in aluminum is below:

Your best bet is to call your local Rogers store to see if stock is available. This is a pretty good deal for a cellular Apple Watch Series 4 if you’re an existing Rogers customer. It doesn’t look like you’ll be able to buy the watch outright at this price, but you can try asking.