The proliferation of smartphones and tablets has increased demand for data, hence constant upgrades to cellular networks by carriers. The North Shore Outlook reports Rogers is proposing three new cell towers for West Vancouver along the Upper Levels Highway, each at 36 metres high to reach above trees and provide signals for residents living at higher elevations:

“There are thousands of households on the North Shore that don’t have reliable service,” said Marc Draper, Rogers’s manager of radio engineering. Cars were recently sent around West Van to collect “drive data” to determine where coverage needs improving.

“West Vancouver is unique. It’s extremely hilly and a large growth of trees can completely obstruct service,” said Draper, adding rooftop antennae aren’t an option because they are too low to reach hard-to-get areas.

Rogers contracter Vancouver-based architect firm, Dialog, to design the towers so antennae would not be visible:

“This is the first time we know of in Canada that a design architect firm has been used to design a cellphone tower,” Rogers’s senior consultant Cindy Grauer told The Outlook.

Although some residents have protested against further cell phone towers in West Vancouver citing health and aesthetic concerns, Dialog architect Bruce Haden added the proposed towers “are a new innovation.”

The District of West Vancouver does not have the final word on the towers as the highway is under the jurisdiction of the Ministry of Transportation, but public open houses are available from June 13-18 from 5-7:30pm at St. David’s Church on 1525 Taylor Way to seek resident response.

Below are images of the proposed tower design: 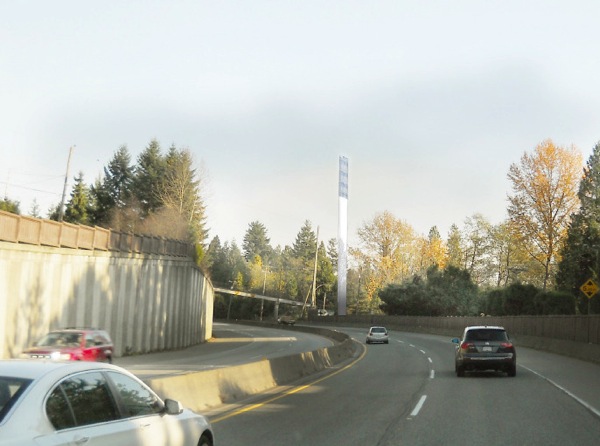 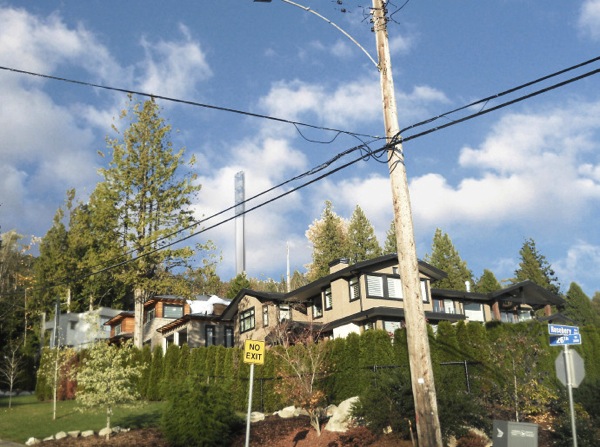 We’ve seen other carriers get creative with tower designs, such as Bell’s cell phone towers disguised as pine trees for locations in Muskoka, north of Toronto.

What do you think of these proposed cellphone tower designs?

“Rogers has no intention of adding any embellishments to the new tower design, nor does West Vancouver and there are no plans to do so. That would require local community support, which is not what is being pursued here. The illustration was just a means of visualizing what it *could* look like *if* a local government wanted to mark highway exits, traffic alerts or any other public purpose include art. Any embellishments would be those requested by the local community”