Most likely in anticipation of the upcoming ‘iPhone 5’, Rogers, Bell and Telus have simultaneously reduced the price of the 16GB iPhone 4S to $99 on a 3 year term (regularly priced at $159), available in either black or white.

The Rogers website just lists both black and white entry model iPhone 4S units as $99 on a three year term: 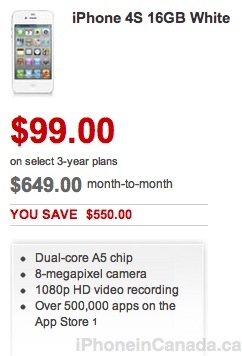 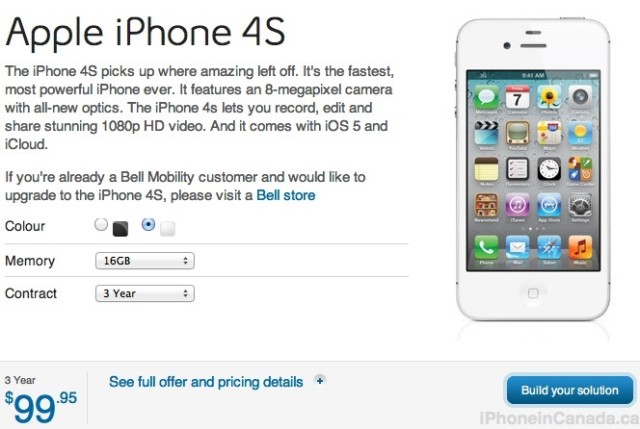 The Telus website notes an ‘iPhone Exclusive’ and urges customers to get theirs before September 6th: 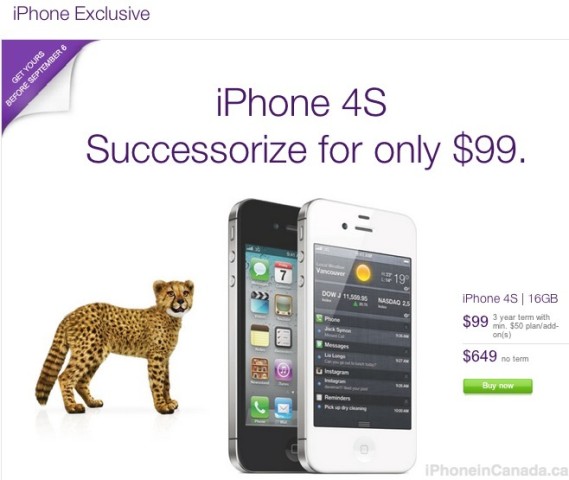 Not to be outdone, SaskTel has also dropped their iPhone 4S prices to $99 on a three year term:

Interestingly enough, the discount brands of Koodo (owned by Telus), Fido (owned by Rogers) and Virgin Mobile (owned by Bell) still have 3 year term pricing at $159 for the 16GB iPhone 4S. As for other retailers, Future Shop currently has the iPhone 4S on sale for the same price as above, available until August 23rd.

Last year, it was only days before Apple’s “Let’s Talk Event” that introduced the iPhone 4S did Rogers and Fido drop iPhone 4 prices to $99. This year, it appears the ‘Big 3’ are off to an early start.

Apple is widely expected to announce the next generation ‘iPhone 5’ on September 12th.

Anyone going to jump on these ‘deals’?