When the iPhone 3G first arrived in Canada, Rogers had some really questionable iPhone voice/data plans. People were not happy and with your support iPhoneinCanada.ca was able to help bring a voice and push Rogers to change their data plans. They eventually succumbed to media pressure and introduced their 6GB/$30 data plan. It’s amazing how the prices for data have changed in Canada. Are we better or worse compared to a couple years ago?

iPhone owners that want to receive a subsidy on their handsets come at a cost–they must sign 3 year voice/data plans. It is possible to get data plans without contract, but that would require you to pay full price for the phone. What we want to ask you is about the latest iPad data plan offerings from the “Big 3”. They have offered Pay As You Go data plans for the iPad–why can’t we have these on the iPhone? Take a gander below…

Rogers and Bell are offering the following iPad data plans: 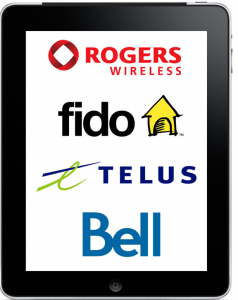 New iPhone owners that want light data usage would love to have the iPad data prices (contract or not). To cancel your data plans now, you will incur cancellation fees. Imagine being able to add on these PAYG data options to your iPhone plan. Wouldn’t that be great?

So the question I pose to you all is: Should Rogers/Bell/Telus offer their iPad data plans to iPhone owners or at least match them? Does it really cost THAT much more for iPhone data versus iPad data? Isn’t data just data no matter what device you’re using? 😉 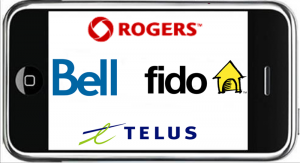