Rogers One Number allows users to make free long distance calls from their computers and iOS. There’s also a telephone add-on using a $29.95 adapter which brings VoIP calling to your home phone for the monthly price of $9.95 per month.

According to a document being handed out to customers (via MobileSyrup), Rogers will cancel the One Number telephone add-on on April 15, due to “limited customer demand” for the service. Current customers will get a $29.95 credit for the cost of the One-Number hardware add-on and the $9.95 monthly charge will be canceled. 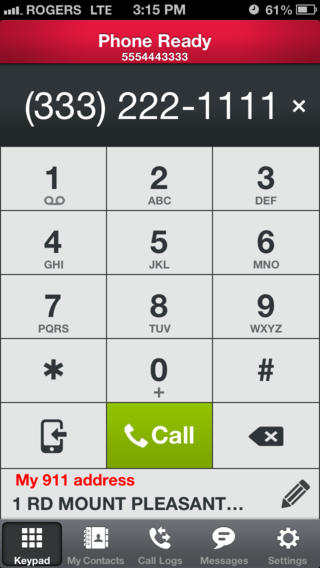 The memo asks customers to download the free Rogers One Number mobile apps to use instead, such as the iOS app which was released last November. It also ends with an apology for One Number telephone add-on customers for the inconvenience caused.

Anyone been using One Number for your home telephone?

Image via RFD Rogers and Fido appear to be offering up another 5GB of free data, but for 18 months. That’s according to Fido customers that shared screenshots of the text messages sent out by the wireless carrier on Wednesday. According to the text message, Fido says this exclusive gift is a thank you for […]
Gary Ng
13 hours ago