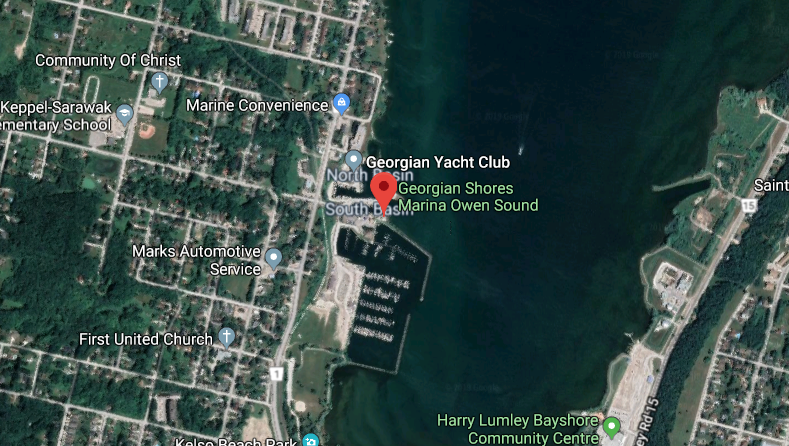 Rogers is now looking at new locations for a cell tower in Owen Sound, Ontario, after residents voice opposition to the original plan of a 30-metre high waterfront pole being installed at Georgian Shores Marina.

The Owen Sound Sun Times reports Rogers is now looking at alternative locations after residents voice concerns about aesthetics along the waterfront of a single cell tower.

“We are exploring opportunities to enhance our wireless network near the Owen Sound marina for residents and visitors. Based on feedback from the community, we are continuing to look for a site that meets local needs,” said Rogers spokesperson Zac Carreiro, to the Sun Times.

Rogers says if a replacement site isn’t available, it will reconsider the marina location.

Earlier this summer, residents near Georgian Shores Marina opposed the proposed Rogers cell tower location with a petition, saying it was too close to the water’s edge.

Resident Julia Levine said the Rogers site “wasn’t appropriate” for the city and the waterfront, especially from her home which overlooks the shoreline.

“I would hope that for the next sites they’re looking at, they do take into consideration the location of the site in relation to residences and the quality of life here,” added Levine.

Other neighbouring residents questioned the impact of a visible cell tower on their property values, getting in the way of water views, plus potential health concerns living so close to a cell tower.

Rogers told Owen Sound it needed a new cell tower in the west side of the city to improve 4G wireless service for residents and visitors, and offset the load on an existing tower located in the downtown core.

Forbes Bros. Ltd., acting as an agent for Rogers, told residents the Georgian Shores Marina site was chosen as it was “the most compatible land use”.

The final decision on a cell tower location lies with the federal government and Innovation, Science and Economic Development Canada (ISED). However, before any cell towers go up, local jurisdictions need to provide ISED with a letter indicating the consultation process has been approved and questions answered.