Rogers says today will mark the launch of free Wi-Fi at Rogers Centre, where the Toronto Blue Jays will kick off their home opener tonight versus the Tampa Bay Rays:

As the Toronto Blue Jays kick off their 39th season home opener to a sold-out crowd tonight, fans attending the game at Rogers Centre will now have access to free Wi-Fi. 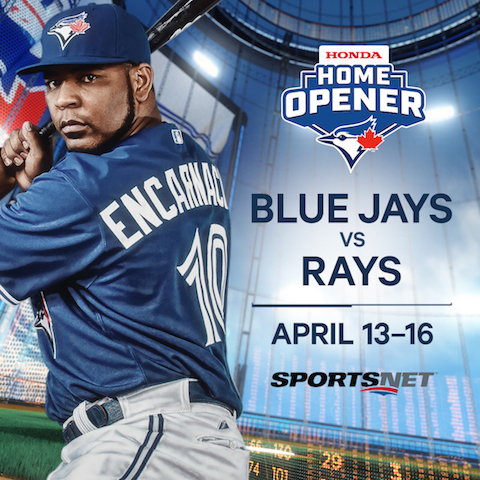 The new Wi-Fi service is brought to fans by Rogers’ home Internet offering IGNITE, which launched last month with unlimited bandwidth plans (Update: clarified to note the Wi-Fi is not powered by IGNITE).

It’ll be interesting to see how the free Wi-Fi network holds up to demand, as the stadium can seat up to 54,000 people. Let us know if you’re going to try the free Wi-Fi tonight.

Update: Rogers explains to us in an email free Wi-Fi will be available to all future events at Rogers Centre (including Blue Jays games), without any limitations, to all visitors and fans in attendance.