Rogers Confirms FaceTime over 3G Support for the iPhone and iPad

It was reported yesterday on MacRumors when users in the U.S. on AT&T tried to activate FaceTime over 3G on iOS 6 beta 3, they were prompted with a pop up alert to contact the carrier for more information. In other words, it translates to “we are not going to allow this feature at this time”. The issue of tethering data has long been a heated debate with U.S. carriers and now it appears FaceTime over 3G seems to be joining the foray.

However, in Canada we are quite lucky as our ‘Big 3’ networks of Rogers, Telus and Bell all support Apple’s Personal Hotspot feature that debuted last year with iOS 4.3 (with some restrictions of course based on your data plan).

What about FaceTime over 3G support in Canada? We reached out to each carrier and so far we’ve heard back from Rogers only, as they confirmed the new option for FaceTime over 3G will be supported, in this official statement:

Yes we will be supporting this for all versions of iPhone and iPad that has the feature enabled. 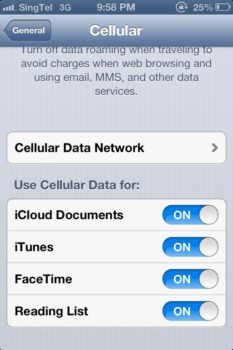 If one network will support this feature, it’s most likely the others will as well. For those on iOS 6 beta, you already know FaceTime over 3G has been supported for a while now in Canada. For many, the introduction of FaceTime over 3G is just another reason to skip jailbreaking the iPhone (the debate will continue to go on).