Rogers has added a new president to its consumer business unit, recruiting Dirk Woessner from Germany’s Deutsche Telekom, as appointed by CEO Guy Laurence. His role will include delivering the Rogers “business strategy, including product development, sales channel operations, pricing and customer base management.” 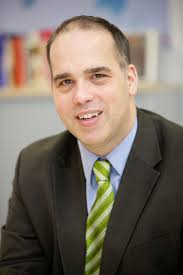 Woessner had this to say about his new role at Rogers, which will replace Rob Bruce, a longtime executive set to leave the company:

“I joined Rogers because of its impressive mix and breadth of products, services and networks, its focus on innovation and commitment to win with the Rogers 3.0 strategy,”

“The Canadian consumer communications market continues to mature and I see a significant opportunity to leverage my experience from Europe working with the Rogers team to build differentiation and deliver more value for Rogers customers.”

The German telecom veteran has managed the equivalent of $25 billion CAD in sales at Deutsche Telecom and will commence his stint at Rogers on April 6, reporting directly to Laurence.

Rogers previously hired a former Google VP back in October, part of the company’s mission to implement Rogers 3.0, for ‘overhauling the customer experience’.

Industry, Science and Technology Minister François-Philippe Champagne wants concrete commitments on cellular service affordability from both Rogers and Quebecor before he approves the transfer of Shaw-owned Freedom Mobile's licences to Vidéotron, which will allow Rogers' proposed $26 billion takeover of Shaw to proceed — reports The Globe and Mail. According to the publication's sources, Minister...
Nehal Malik
22 hours ago

Staples Canada and Bell announced a multi-year exclusive agreement on Tuesday, to sell Bell, Virgin Plus and Lucky Mobile wireless and wireline services at Staples stores across Canada for both consumers and small businesses. Both companies will also partner to sell Bell services to medium businesses through the Staples Professional sales team. Beginning in late […]
Gary Ng
24 hours ago