Back in the spring of 2015, Rogers introduced Extended Coverage nationwide, which allowed customers and those on Fido to take advantage of partnered roaming from Telus and Bell, to fill in spotty network areas. 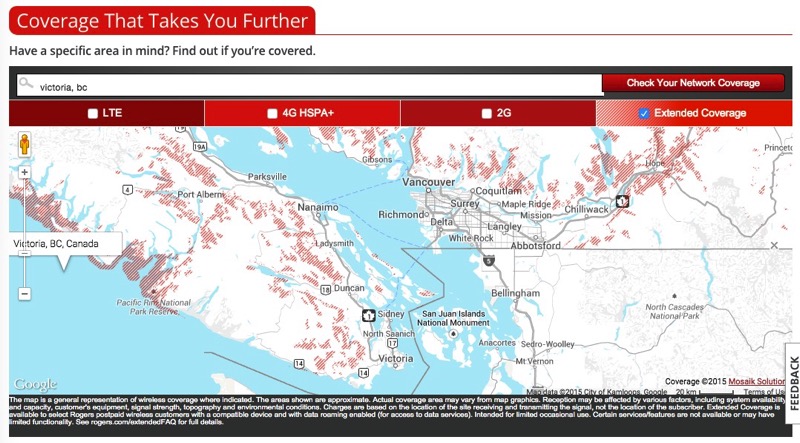 Last late month, users on Howard Forums (via MobileSyrup) noticed Extended Coverage had started showing up in areas they never saw it before, with some noting parts of Metro Vancouver,  Victoria, and Edmonton, which is beyond their original outlying regional areas designated for Rogers-EXT or Fido-EXT, listed below from 2015:

How to access Rogers/Fido Extended Coverage? On iPhone, you need to enable roaming data by going to:

Settings > Cellular > Data Roaming > ON (don’t forget to turn this off if you travel outside Canada!)

Here’s how Rogers explains the limitations of Extended Coverage:

Extended Coverage is meant to provide additional coverage, outside of the Rogers network.  It’s available for most Rogers postpaid wireless customers (excluding Wireless Home Phone, Wireless Business Phone, Rocket Hub, prepaid and zone-based or calling circle plans such as My5/10 and MY1/2/5 enterprise business plans) in areas they sometimes travel to. It’s intended for occasional use; the majority of your monthly usage (talk, text and data) must occur on the Rogers network. If the majority of your monthly usage occurs within Extended Coverage areas, we may restrict or limit your access to Extended Coverage on an ongoing basis.

Rogers no longer allows customers to check Extended Coverage on their network maps like before, so it’s hard to get an official answer on the feature’s expansion. We’ve reached out to Rogers for clarification and will update this post when we hear back.

Update: The Rogers coverage map doesn’t show Extended as a drop down menu option anymore, but rather coverage is denoted by yellow gradient lines. So check your area. 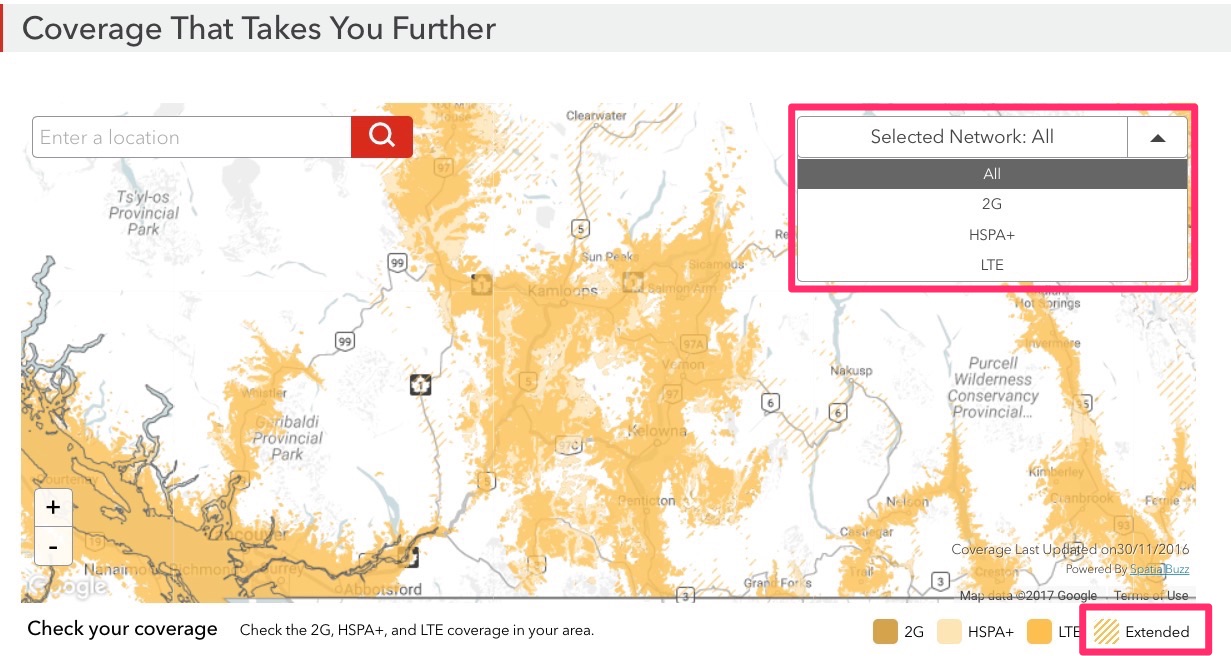