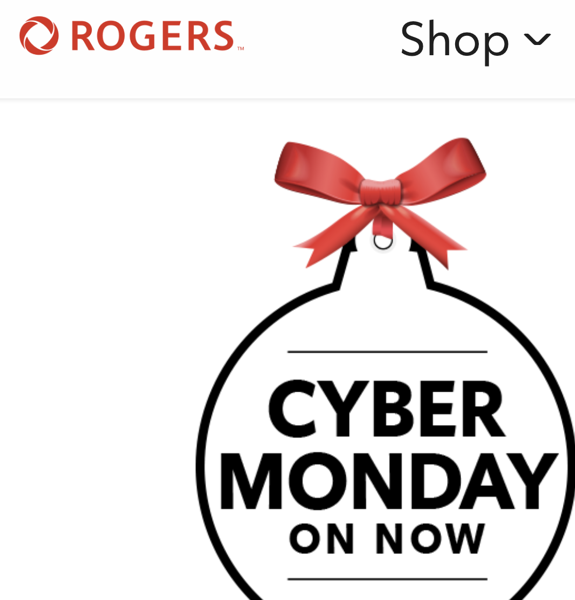 It’s Cyber Monday and companies are still offering up sales after a busy Black Friday. For Rogers and Fido, both companies are offering $200 in bill credits with online activations.

Rogers says “save $200 on your bill when you activate any device on a 2-year Rogers Infinite Plan. The company will also waive the $35 set up fee.

The fine print says, “offer available with activation or upgrade of a new phone on a 2-year Rogers Infinite plan. Bill credit will appear by your second or third bill, and is not redeemable for cash.”

As for Fido, a similar $200 credit is available for Cyber Monday, as part of an “online exclusive.” According to Fido, you can “get $200 bill credit when you activate a new smartphone online, even the ones at $0,” on a two-year voice and data plan.

Fido will also waive the $35 set up fee when activating online, like Rogers, and bill credits will also appear on your second or third bill as well.

You can click here to see Rogers and Fido’s Black Friday deals for 2019.

Industry, Science and Technology Minister François-Philippe Champagne wants concrete commitments on cellular service affordability from both Rogers and Quebecor before he approves the transfer of Shaw-owned Freedom Mobile's licences to Vidéotron, which will allow Rogers' proposed $26 billion takeover of Shaw to proceed — reports The Globe and Mail. According to the publication's sources, Minister...
Nehal Malik
20 hours ago

Staples Canada and Bell announced a multi-year exclusive agreement on Tuesday, to sell Bell, Virgin Plus and Lucky Mobile wireless and wireline services at Staples stores across Canada for both consumers and small businesses. Both companies will also partner to sell Bell services to medium businesses through the Staples Professional sales team. Beginning in late […]
Gary Ng
22 hours ago