Now, Rogers and Fido have followed suit with similar price cuts, which probably doesn’t come as a surprise. 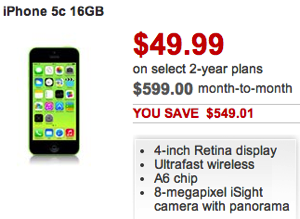 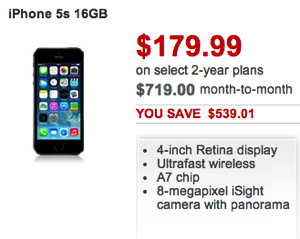 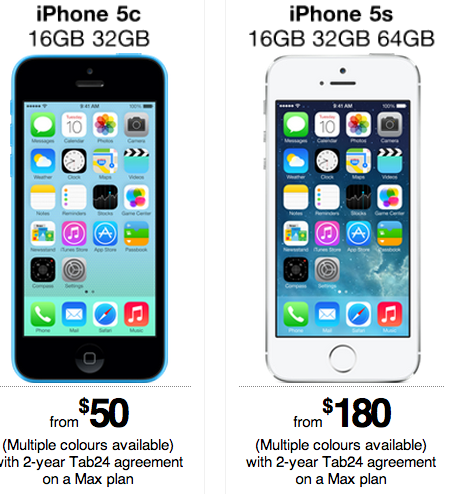 Telus has also lowered the price of the iPhone 5c too: 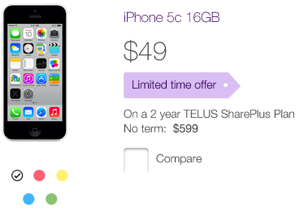 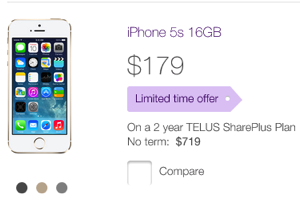 Of course, you will require signing a 2-year contract to get these prices and a minimum monthly voice and data plan of around $80/month. You might be better off buying an unlocked iPhone and using it on a cheaper monthly plan to save in the long run.