Rogers and Fido have launched a new self-serve tool for customers called NetworkAid, described as a way to “deliver better service and help save our customers time,” the company explains in an email.

How to use NetworkAid? It can be accessed through Rogers.com or through the Rogers or Fido MyAccount iOS and Android apps. Customers will be able to check network coverage for any particular area, report network issues, or ask for SMS or email follow ups.

In the Fido MyAccount app, here’s how to find NetworkAid, as it’s not that easy to find…tap the menu in the upper left corner, then go to:

From here, if you have Location Services enabled for the app, you can zoom to your current location and check network coverage, plus status of the network around you. If there’s a problem, the Report tab allows you to share issues with the network. 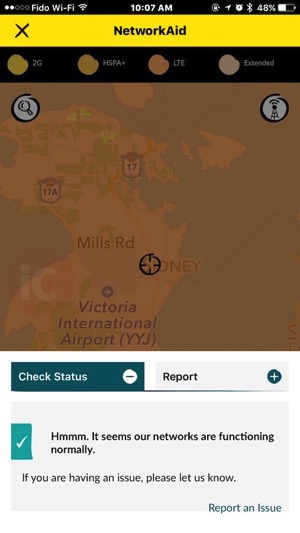 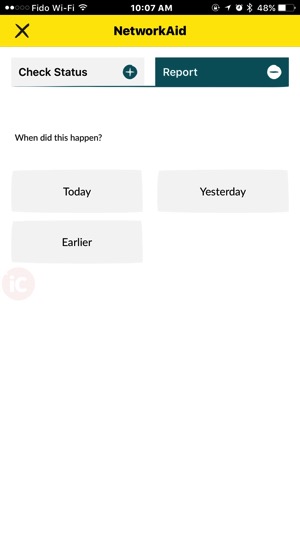 A video demo is below showing how to use NetworkAid within the Fido MyAccount iOS app, and also applies the same way to the Rogers MyAccount app:

TELUS also has a similar feature for crowdsourcing customers for feedback, within their Network Experience iOS app.

Rogers and Fido customers, let us know if you’re going to give NetworkAid a try or not.