Edmonton resident Andy Pearcey was billed over two years for a fortune-telling SMS service he says he never signed up for, racking up $283.22 in unwarranted charges on his Rogers cellphone line. It wasn’t until he contacted CBC’s Go Public did Rogers credit him and fix the situation. 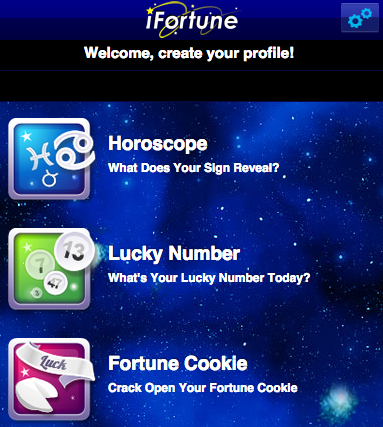 According to CBC News, Pearcey says when he first asked Rogers about the charges, the carrier told him to contact the fortune telling service ifortune, which made him “livid”:

“I had a contract with Rogers. Rogers were the people who were charging me. I did not have a contract with these other people, and I didn’t want to call them and do business with them.”

Pearcey says a Rogers customer service rep offered him $50 credit and said if he wasn’t satisfied, to call back the next day to speak with a manager. Also, the agent allegedly offered him an extra $10 if he didn’t speak with the media:

“He offered me [another] $10 if I didn’t do anything, if I didn’t call the media or talk to a lawyer. I told him this looks like a pretty shady business practice.”

As a lawyer, Pearcey says he filed a complaint to Rogers’ legal department but did not receive a response, ultimately making him even more frustrated at the situation:

“I was incredulous that such a large, sophisticated corporation would react this way,” Pearcey said.

“This was an easy win for them. Just give me my money back and apologize and I would have gone away. But they said no.

“I think it’s immoral, unethical, completely wrong. And I think most people would agree with me.”

When Go Public contacted Rogers, the company offered to pay back Pearcey and also stated it is not company policy to pay off customers to have them keep quiet.

Pearcy admitted he wasn’t able to check his Rogers bill line-by-line due to his busy work and family schedule, but only had time to look at the first page—the unwarranted third party text charges of $9.99 per month were on page six.

He had setup automatic bill payments and said “I didn’t look at the fine print and see what I was paying for. I guess I trusted Rogers.”

Rogers let Pearcey cancel his contract early without a fee and refunded him the charges. Pearcey says he wants Rogers to apologize, especially after seeing other similar stories on Internet forums:

“They know people have been complaining, they’ve done nothing until now. That, to me, suggests they didn’t think there was anything wrong until now,”

“They need to apologize, not only to me but to all other customers who have had this experience. I think they need to pay everybody back everything that they owe.”

Here’s what one RedFlagDeals forum member experienced with ifortune.ca and Rogers charges—which sounds exactly like what Pearcey was dealing with.

Just got off the phone with Rogers. Last month I got dinged 9.99 third party charge for fortune telling subscription. It was a text with nothing. Talked to the manager and given $5 for good will. At the same time they blocked this premium service. This month I got charged again. I called Rogers and they said said due to the billing cycle I was charged twice, I should talk to IFORTUNE. I said I like to talk to the manager and wanted a written statement that this will stop but he said they changed the policy and I need to go to Rogers.com and do the chat. I told him I will write to newspaper. After a long time of song and dance he said there is nothing they can do. After the call I called IFORTUNE and got some lady in India (surprise) and asked to cancelled the subscription. I am not sure asking for refund. I am afraid they will ask for name, address and email. I am mad. I will write to Pat Foran to see if they can give Rogers a hard time.

Another forum member allegedly got dinged $9.99 per month from ifortune.ca by using a Rogers hub for internet only—he didn’t even have a Rogers cellphone number but still got charged:

…my rocket hub is not connected to any phone services at all. This is apparently a premium text message that I supposedly received. Since I have no Rogers phone.. how could I get the message or sign up for it? Note I don’t have an iphone with ANY service. My cell is through Telus and is not an iPhone.

According to Rogers the text was sent to the number they have on file for the hub. Okay…. that number was a number they set aside, as they say I needed a phone number to sign up so they just assigned one. So in other words a text was sent to a fabricated number. How does one subscribe oneself to a service as the number and phone don’t exist? In a nutshell people you may not have did anything to start this mess!

Rogers spokesman Kevin Spafford told Go Public “We’ve apologized to the customer and are providing a full refund, which is our policy in cases like this.” Also, the company noted they were “immediately suspending” ties with the fortune telling third party vendor to investigate the issue.

The CBC notes back in September 2012, the Competition Bureau sued Rogers, TELUS, Bell and the CWTA for $10 million each, alleging the carriers had misled consumers by getting them to sign up for premium text messages from third parties.

John Lawford of the Public Interest Advocacy Centre, said Rogers possibly had a “disincentive” to help customers unsubscribe from third party texts, because it possibly could have earned up to 50 per cent of monthly charges:

“What I think you have though, is a disincentive to the telecom company to assist the customer … because they are in the business of sharing the proceeds of the text message.”

In the end, Pearcey says while he’s happy he got refunded the premium SMS charges, but it took way longer than expected.

Back in December 2011, after the Competition Bureau announced its investigation into the ‘Big 3’, Rogers announced “Premium SMS’ manage features to protect customers. All they had to do was call customer service to enable the service, which would setup alerts at $100 bill charge thresholds and automatic cancellation when your charged reached $500.

Rogers, TELUS and Bell no longer sell premium text message services themselves. However, Rogers did note they still process charges when customers subscribe to services from their phones.