Last fall, Rogers Next Issue Magazine rebranded to Texture, which also brought a new look and feel for the digital magazine subscription, which is available on iOS. Now, there’s a promo to get more people to sign up, according to a recent email blast. 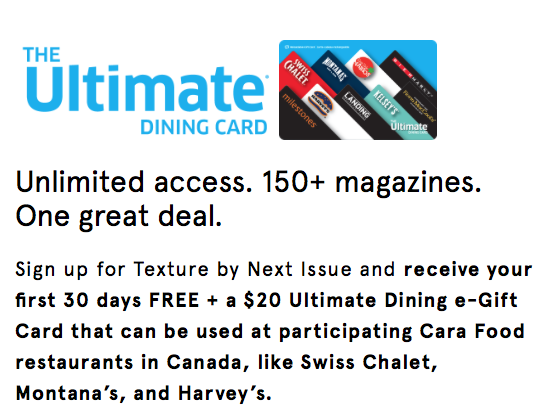 If you haven’t signed up for a free trial yet, now may be the time to do so, as Rogers is offering a free $20 dining e-card to the first 7,000 new users who sign up via this link. The offer is valid until February 14, 2016 or until supplies last.

Let us know if you’re going to sign up for this for free food!