This week, Rogers is contacting “special customers” via a letter encouraging them to sign a 3-year smartphone (voice/data) agreement with the wireless company.

At this time, it is unknown what it takes to be a “special customer”, however it may be if you have other Rogers services such as Home Phone and Home Internet service and you start a new account for wireless.

We have not received any word of anyone receiving the credit (or why they would want to sign with Rogers), but if you’re looking into an iPhone with Rogers, a $100 credit isn’t bad.

Even though you’re supposed to receive a letter from Rogers, you can check to see your eligibility by contacting 1-866-269-1956. 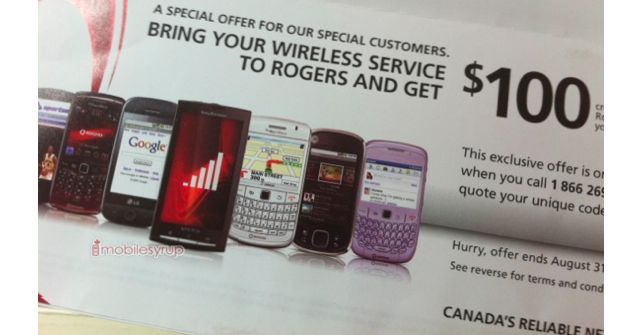