Rogers today has announced the launch of the Rogers Idea Box to allow customers to submit ideas and also vote on existing ideas for the company to implement via their Community Forums.

Currently they are taking feedback on Service and Support, Rogers Stores, Rogers.com and the MyAccount app. So if you want to speak your mind to the company this is your chance.

The most popular ideas, as voted by the community, will be reviewed by our team to help us improve our processes and your experience. Starting today, we’re taking your ideas about: Service and Support, Rogers Stores, Rogers.com and the MyAccount app. We’ll also keep you updated on how your idea is doing. 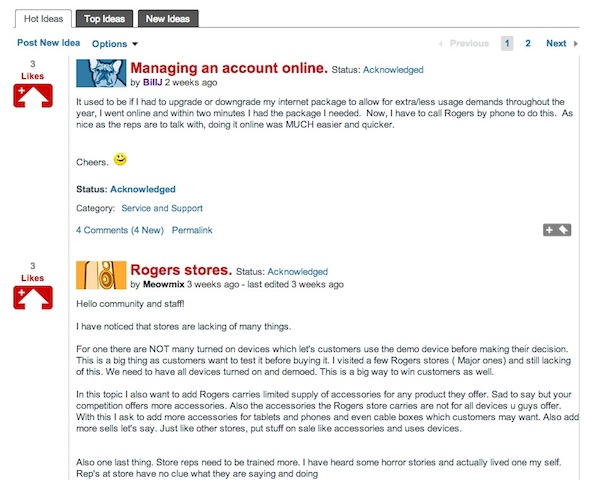 One of the ideas recently submitted was for the Rogers My Account iOS app to work over Wi-Fi instead of just their network only. The company says an update is coming to allow connections via Wi-Fi soon.

You can check out the Rogers Idea Box here. You’ll need to create an account to get in and get started.

Industry, Science and Technology Minister François-Philippe Champagne wants concrete commitments on cellular service affordability from both Rogers and Quebecor before he approves the transfer of Shaw-owned Freedom Mobile's licences to Vidéotron, which will allow Rogers' proposed $26 billion takeover of Shaw to proceed — reports The Globe and Mail. According to the publication's sources, Minister...
Nehal Malik
1 week ago