In yet another fantastic (read: sarcasm) financial move in alienating (1, 2, 3, 4, 5, 6) their customers over the last few months, Rogers Wireless has put another nail into their coffin.

Effective July 3, 2009, the Rogers Wireless Insider EPP Plan will have its early evening clock that is currently at 6PM raised to 9PM. If you were looking to get this plan, you may want to get the new details.

You may recall back in April 2009, Rogers increased the monthly price of this plan from $17.50 to $20.00. Well now Rogers is increasing the evening clock from 6PM to 9PM. However, if you would like 6PM evenings, you can still have it, you only have to pay $7 more per month, a feature that was free. (Holds for applause)

Moreover, while the plan is still a 3 year contract, you get no voice minute bonus such as 1 or 2 or 3 months of free local calling. With other 3 year voice plans, you get 1 month of free calling, which itself used to be 3 months before April 2009.

The details are listed below: 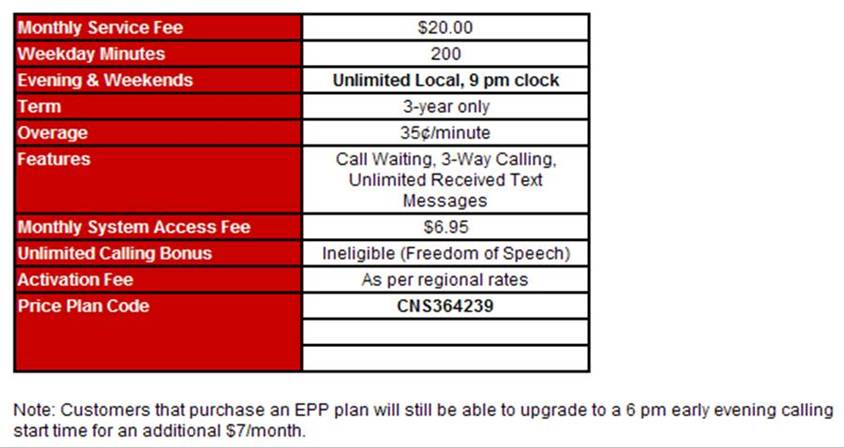 Is it just me or is the wireless industry one of the few industries that seem to be raising prices instead of lowering them in this current economy?