Update: the image has been removed from the Rogers website.

The Rogers website has various images of Apple products, such as iPads and iPhones. However, on their Internet page, there is an image of an Apple iMac that has a missing Apple logo on the front–but poorly removed.

First spotted by our very own Ex a week ago, we thought Rogers would improve this image and didn’t think twice. Looks like we were wrong, because eagle-eyed iPhoneinCanada.ca reader Ryan, sent us a recent screenshot that shows it’s still up on the site.

As you can see, the Apple logo appears to have been removed via Microsoft Paint. You’d think someone at Rogers would have better skills to make that iMac look a little happier.

Check it out for yourself, as the dark shades of grey resemble the outline of the missing Apple logo: 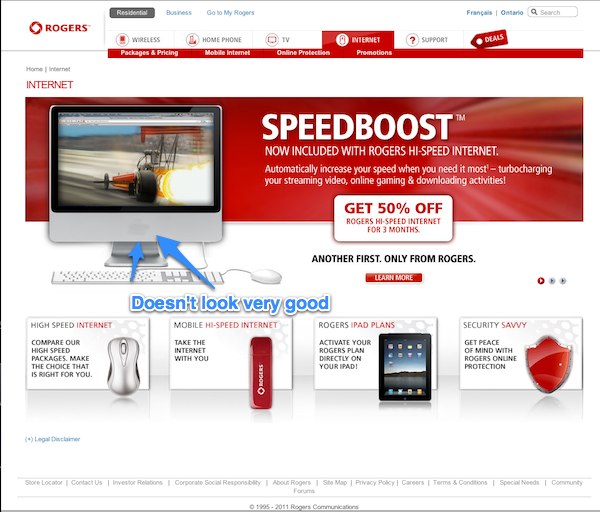 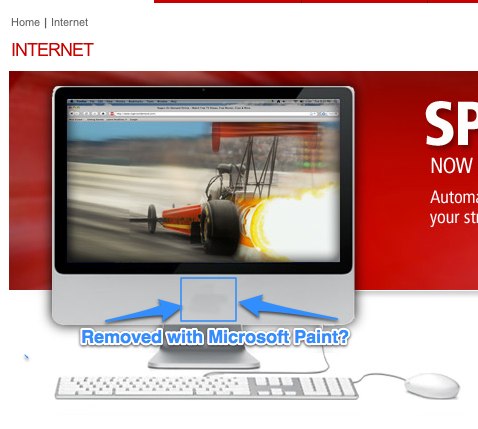 Odd-looking product images aren’t unique to Rogers. Earlier today, ViewSonic announced their tablet, the ViewPad that can dual boot Windows 7 and Android 1.6 (yes, 1.6). However, their press image showed the ViewPad running OS X. Go figure. The thumbnail is below: 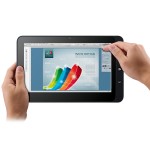 Rogers, I hope this gives you a heads up. 🙂