It’s a been a couple of feverish days in the iPhone blogosphere. Everybody and their grandma is talking about the new iPhone 3G, the second generation of Apple’s “Jesus-phone”. Aside from all the 2008 WWDC coverage, and all the pretty Apple keynotes, there is one thing on the minds of millions of Canadian iPhone 3G-hopefuls: what will the monthly pricing plans be like from Rogers?

Well, if I had a crystal ball of course I’d reveal all the juicy tidbits to you fine people out there, but unfortunately the next best thing I have is one of those creepy Magic 8 Balls (it keeps on saying “My Sources Say No”…what the heck does that mean?!) that you used to play with in elementary school (or last week).

AT&T Releases its iPhone 3G Plans with a Press Release

AT&T has released some iPhone 3G pricing plans to the public. Let’s take a quick look at what they will be offering:

So basically AT&T users will be able to buy a 8GB iPhone 3G for $199 or 16GB for $299 on a 2 year contract (Rogers is going to make you sign on for THREE years). With voice plans at $39.99, plus unlimited data for $30, you’re looking at $70/month to fully utilize the second generation iPhone 3G. Business users planning to take advantage of the new Enterprise features of iPhone 2.0 will pay $45/month.

Rogers vs AT&T Pricing: Could these Old timers Rekindle their Flame Through Pricing?

Now, to me personally both these voice/data plans are somewhat reasonable. $30 for all you can eat 3G data on the iPhone would just be amazing. Now, we know right now Rogers has some pretty “unique” data plans in Canada. We’re talking about $7 Unlimited Data plans–errr…only with on mobile browsing using Rogers-branded handsets! I know many of you have gotten around this on your unlocked iPhones, but expect that party to be crashed fairly soon (remember the $20,000 Fido bill?).

If Rogers comes out with a combined voice/data plan and matches the AT&T model, they could have an incredible amount of sales. But if everyday folks are forced to pay $100+ to utililize the full extent of the iPhone, I would be a bit worried for the company. Can you afford, or let me rephrase, are you willing to spend $100/month for an iPhone 3G?!

More AT&T iPhone 3G Protocol Leaked: For Your Eyes Only

Gizmodo posted a so called “leaked” AT&T memo to managers regarding their iPhone policy. I think the most important part is from the following passage:

The new 3G device will be activated in store in both AT&T and Apple stores. Customers must accept AT&T and Apple Ts & Cs, sign a 2-year agreement, and select the data plan for the iPhone 3G before leaving the store.

That’s right folks–you’re not getting your shiny new iPhone 3G from AT&T (and Apple stores) unless you activate your 2 year agreement in store. Knowing that AT&T has worked closely with Apple over the past year, we can assume it will be the same in Canada at all Rogers Wireless outlets. With the iPhone 3G launch in exactly one month, one can only guess what the plans will be like.

What iPhoneinCanada.ca Readers Have Decided…

According to my previous post, a majority of you commented that you will not be upgrading to the iPhone 3G, even though it will retail for only $199 (3 year contract price). Why? Well, for starters many agreed the new “features” are not significant enough to warrant an upgrade. Given the current wireless spectrum bidding that is taking place, it’s only a matter of time before a new GSM carrier enters the market. I would love to have some options available should new plans come available, and not be locked into Rogers.

Not only that, it has been confirmed by a Rogers insider that you WILL NOT be able to buy the iPhone 3G for a “non contract price”. Yes, that’s right…you can only buy it with a contract in store. If this is true, then that makes our first generation iPhones save a bit of face.

People were predicting Craigslist to be flooded with unlocked iPhones (I found one today selling for $100 from Craigslist Toronto which is just downright silly–within the ad stated that he/she was a reader of my blog, LOL!), but a quick gander at the Vancouver Craigslist shows prices have dropped a bit, but most 8GB iPhones remain at $400 or above.

One interesting note is that the $199 price for the 8GB will be a locked, Rogers branded iPhone. That means if you want to travel overseas, good luck using your iPhone. I do believe that the Dev Team will eventually figure out an unlock, but this time around Jobs and his friends are determined to shut down the unlocked iPhone market. Case in point: there are reports that if AT&T sells iPhones without in-store activation, and you fail to activate in 30 days you will get penalized. That outta get rid of those pesky unlockers!!

I know a lot of you aren’t very pleased about 3 year contracts…what do you think of paying possibly $70-100/month for the latest, greatest, shiniest, fastest, thinnest, prettiest, iPhone ever?

*side note: first time comments will be held in moderation to fight spam—so please just submit once, thanks!*

“Take a good look at me baby…because we’re going to get to know each other very well for at least 3 years with Rogers!” – iPhone 3G in Black 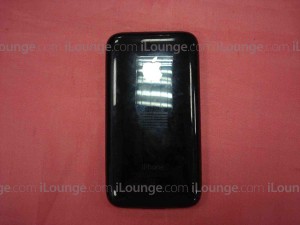