**Pre-order your iPhone 3G invisibleSHIELD and get 20% off your order, plus FREE shipping! This will very soon, order today!**

Well, well, well…what do we have here? I think it’s the first ever Rogers iPhone 3G unboxing pictures! These were sent to me via an anonymous source. The pics are from a Rogers iPhone 3G and were taken incognito…the quality of course does not rival the pics from the Boy Genius report, but these are the first photos of the iPhone 3G taken in Canada and on the internetz.

By now you probably have read the reviews of iPhone 3G by media heavyweights Walt Mossberg and David Pogue. However, how does the iPhone 3G compare to the first generation? Differences at all? Let’s samples some brief notes of what my source had to say:

– iPhone 3G feels a lot wider than first gen; the first gen form factor is favored
– the plastic back is lacking
– volume buttons are easier to use
– improvements in the speaker and mic are substantial vs first gen; although recent testing has the first generation speaker louder!
– docking seems to take a bit more effort than usual–you gotta push down hard (I would think this would go away after the wear in phase)
– polishing cloth is thinner and seems more silky and less fabricky (is that a word?!)
– biggest beef: fingerprints everywhere!!

Testing of SIM swap bricking/unbricking: iPhone came with inactive SIM inside; turned on the phone, got the iTunes wire plug in thing (slide for emergency); next, plugged phone into iTunes (the version leaked here) and bang, done, activated and working.

Interesting stuff…but I’d like to make my own conclusions when I try to nab the iPhone 3G on Friday morning. I think the $30/6GB data plan is a WIN for me. Now let’s see how it all comes together with the voice plans, and what existing plans will qualify. I am currently on a Rogers retention plan and I pay $25/month for 200 mins, 6pm evenings/weekends, Caller ID, and 100 long distance minutes.

Now, that is a pretty good deal for an iPhone 3G with basically an unlimited data plan. This is much better than what an iPhone 3G would cost you with the starter iPhone plans. It’s the $30/6GB data plan that is hooking me in! It works out to roughly 200MB/day which is plenty of data for one day (depends on what kind of user you are). Would you be happy to pay about $1/day for unlimited data on your iPhone? I would–that’s a no brainer!

The only thing holding me back is signing my life away to a 3 year contract…but if I’m happy with my iPhone 3G and my data plan, then there won’t be much to complain about. I want the features of the iPhone–I don’t have to like the wireless carrier. I know many people still have questions about what to do regarding plans and such. We’ll find out soon enough!

Rogers iPhone 3G Store Stock/Friday Policies
Here are some Rogers policies regarding iPhone 3G sales. NO outright sales to customers (meaning sales w/o 3 year contract) or you will be fired, aka the FAIL HAMMER will be brought upon thee. Here are the numbers of iPhones that will be at each store depending on size, until the next shipment which will be on Tuesday:
– large stores – 50-60 units; flagship stores up to 100 units
– kiosks – 30-40 units
– smaller stores – 5-15 units

As for logistics in selling and setting up iPhones in stores, each Rogers rep will be allocated iPhones in lots of 5, 10, 15, or 20, etc. New customers will require 15 minutes for activation. Existing customers doing upgrades will take 10 minutes, if there are no problems.

Here’s the gallery (beggars can’t be choosers, I will take the pictures for what they are!): 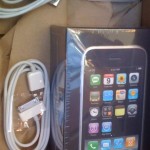 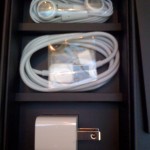 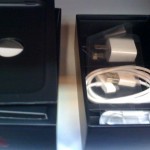 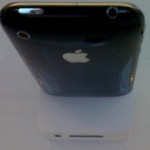 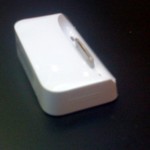 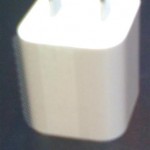 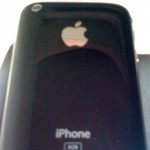 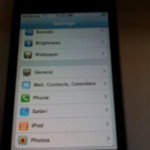 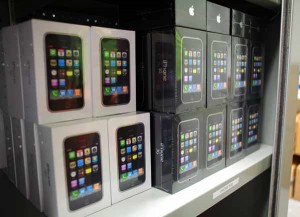 Side note: iTunes 7.7 has been released!