Looks like the following is actually a decent deal from Rogers. There is currently an iPhone 4 accessories sale, which includes the following: 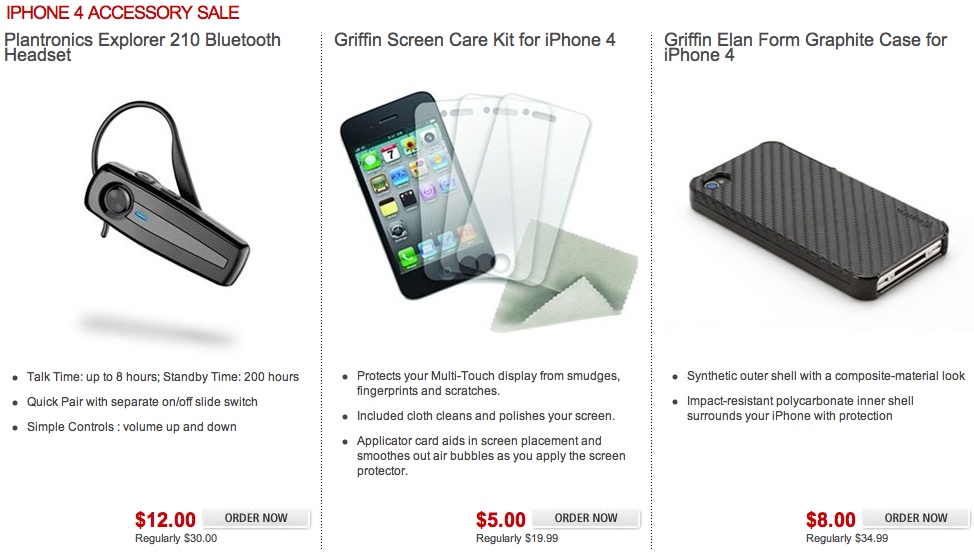 Now, if only Rogers could apply such substantial savings to their activation fees/voice/data/data sharing/value packs/GRRF, I’d be a happy camper.

The offer is good until April 30th, or until supplies last.Â Let me know if you jump on this.

Update 1: As noted by shinratdr in the comments, you get free shipping (choice of Canada Post or UPS!) too. Yes, free shipping.