Now, we’ve received a further tip documenting details of that apparent training, that specifically refers to ‘new iPhone, iOS 5, and iCloud’, as seen below: 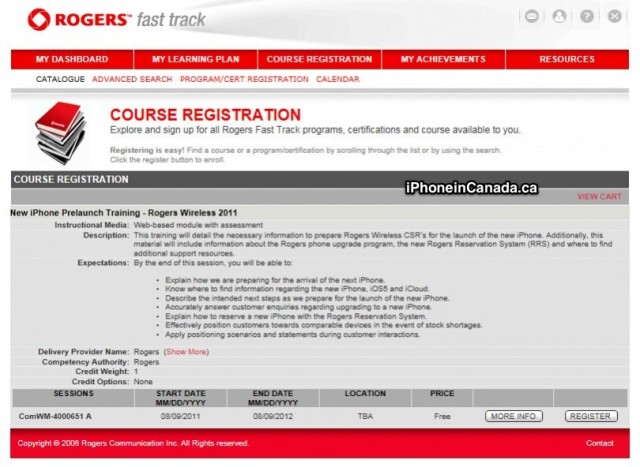 The ‘Expectations’ of the session include:

The training is to prepare employees to deal with the launch of ‘the new iPhone’ and to also familiarize themselves with the new Rogers Reservation System, and where to find additional resources.

Early today, Rogers sent out ‘next iPhone in Canada’ notification text messages to existing customers, adding further speculation a new device(s) is around the corner.

Thanks for the email Mak (via Cooldeals)!

Rogers's President of Integration, Dean Prevost, accidentally revealed during a Competition Tribunal hearing against Canada's Competition Bureau on Thursday that he is set to receive a $2 million bonus if the company's proposed $26 billion acquisition of Shaw Communications goes through — reports the Hanna Herald. This figure had previously been confidential but slipped out...
Nehal Malik
6 hours ago

Shaw Communications CEO Bradley Shaw told the Competition Tribunal on Wednesday that it was "extremely difficult" for the Shaw family to give up the business and agree to Rogers's proposed $26 billion takeover of the company (via Financial Post). Canada's fourth-largest telecom operator has been a family affair since its inception. Bradley Shaw took over as...
Nehal Malik
9 hours ago